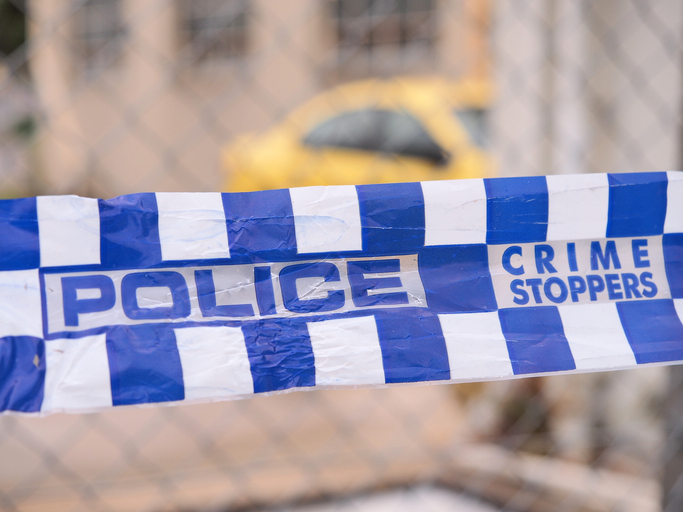 Victoria Police were one of the first to share information about the incident with the public.

The man at the centre of Victoria Police’s public response to a deadly 2018 stabbing attack in Melbourne’s CBD has spoken to Government News about the crucial role played by social media.

At 4.29 on the afternoon of November 9, 2018, Mark Bayly, manager of online communications at Victoria Police, was out of the office on location when he received a phone call from a colleague.

“‘Annabel what’s happening?’ I said,” he recounts. The answer: ‘There’s a car explosion,’

‘‘’What do we know about it? Terrorism?

‘Okay. We need to get something out as quick a possible.’”

Just moments later Victoria Police put a post on their Facebook page saying they were aware of an incident taking place in Bourke Street.

It was the first public message about the incident, and were it not for the post and those that followed, thousands of people may not have known about the attack until hours later, or whether their loved ones who may have been in the area at the time were safe. And, Mr Bayly believes, more lives may have been lost.

Victoria Police’s social media response allowed the nation to watch from the front line as the event occurred, with the force’s fourteen Facebook posts on that day reaching almost 2 million people, and their 10 Twitter posts getting than 1 million impressions. It also played an important public safety role.

Later, social media was also used to source evidence about the incident and attacker Hassan Khalif Shire Ali, who had loaded his car with gas bottles, set it on fire and stabbed three people, killing one, before being fatally shot by police.

The immense public response that day illustrates the power of social media, says Bayly, who coordinated the police’s social media response and spoke about it at a technology conference in Sydney on Wednesday.

#trolleyman represents so many of us. We're fed up with crime and violence in all its forms. He found his way to stand up and be counted.

Good on #chairman as well, and the people comforting the innocent wounded. #BourkeStreet pic.twitter.com/glWXWks55Y

Social media had a major role in protecting public safety and may very well have saved lives that day, he told Government News later.

“The first thing we did was [post] through social,” he says. “Then obviously we put out a media releases but they take more time to collate relevant information.

“In a sense you could say that the first social response is more about communicating with the general public so they’re aware something is going on and then more substance that follows.”

The initial outreach of police received a huge public response, with thousands of people sharing the post to make sure friends and family were safe.

“We got a huge flood of commentary from the public – from I hope everything is okay to a lot of shares because many people were working in the CBD. We immediately saw a spike in commentary on our social feeds,” he told attendees at the Salesforce World Tour.

With just one member of staff in the office at the time, Mr Bayly called in two additional social employees, and by half past the team was moderating public comments on social media.

Within the hour police held a press conference, giving the media the key facts.

“At that stage I also sent out two additional members to the scene because I knew there was going to be stand-up and we needed people there to live stream to Facebook and Twitter. It’s an imperative. Eighteen months ago the executive command of police would be hesitant to live stream media conferences now they demand that we’re there,” he said.

Around 5.25 pm police came out on social media with their first detailed response, revealing there had been a car fire and that a man had been arrested at the scene and taken to hospital in a critical condition.

Another media conference was held 30 minutes later with Superintendent David Clayton, with live streams across all social channels.

Minutes later, police opened up a public evidence submission site which would prove crucial to the investigation. The website allowed people who witnessed the incident to use a link to upload photos and videos and investigators could then pull up stills behind a firewall which later were used as police evidence, Mr Bayly said.

By 7 pm on the day of the attack police issued an image of the exclusion zone, urging the public to stay away from the area near the incident and hosting another press conference.

“We’re able to put out things like exclusion maps and we do live broadcasts from the scene with reassurance messages. So no matter what communication we are using we were always trying to communicate with the public with positive messaging,” he said.

Having a direct line to the public is also crucial to managing the media and minimising misinformation, Mr Bayly says.

“Once we’re aware an incident has occurred we are very keen to get a holding line out to the community because it’s really important to inform them and pacify any anguish that might be in the community, because once things hit social feeds they can go viral and get distorted,” he said.

“If we can communicate quickly and efficiently hopefully … police can get on and do the job have to do.”

“I think it is really positive from a Victoria police perspective in terms of how we communicate with the public now but communication more broadly has changed as well, once upon a  time organisations wouldn’t have communicated with the public until they felt they had to say something,” he said.

The team, which moderates around 50,000 comments a week, has big plans for the future, with hopes of becoming a fully-fledged boutique news organisation by 2020, according to Mr Bayly.

“We want to make sure we demystify what comes out of free-to-air media and put things into perspective to make sure the community is assured,” he said.

God bless the brave cops, putting themselves on the line in this dangerous scene down at #BourkeStreet in Melbourne. pic.twitter.com/VJFuiiOx0S