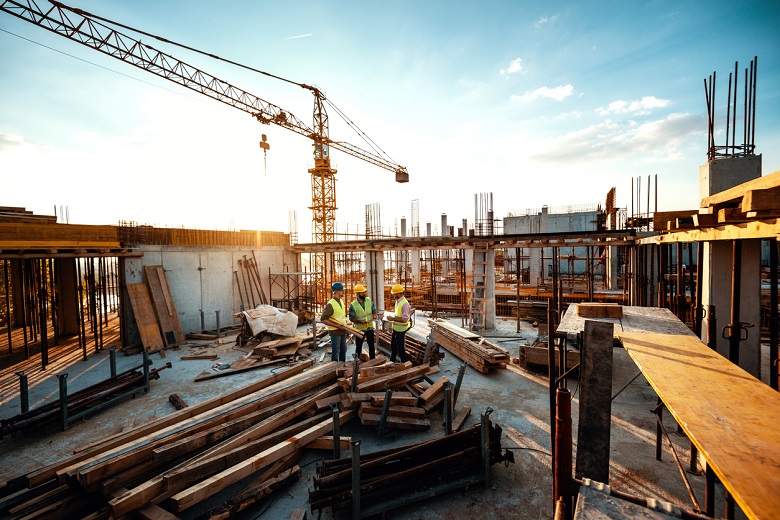 Mini qualification courses could be key to addressing the skills shortage in infrastructure, the head of a peak engineering body has said.

David Jenkins, CEO of Institute of Public Works Engineering Australasia, believes this could be a game changer.

“We’ve taken the view that it’s about investing in and developing the workforce capability.”

IPWEA, the peak association for professionals delivering public works and engineering services to Australia and New Zealand, has developed an education program around a series of ‘micro credentials’.

These are mini qualifications that demonstrate skills, knowledge or experience in a particular subject.

While they won’t work for all industries, such as within the medical profession, Mr Jenkins said they are good for asset management.

Asset managers work in water infrastructure, roads and bridges, and manage those assets over the long term.

“In the local government context, it’s not just about building the road, it’s also about how you manage that asset over the long term,” Mr Jenkins said.

“We take a view on asset management, looking at the whole lifecycle of the asset, not just the development of it.

“It’s the management and it’s the link to your long-term financial plan that’s so important.”

“It’s not just about building the road, it’s also about how you manage that asset over the long term.” – David Jenkins, CEO of Institute of Public Works Engineering Australasia

Its inaugural Infrastructure Market Capacity report predicts that 105,000 skilled positions may go unfilled by mid-2023, which is three times greater than in 2017 and 2018.

Over the next five years, Australia is investing in a series of infrastructure projects that will exceed $218 billion.

“Australia has ambitious plans when it comes to investing in public infrastructure,” the report said.

“Major public infrastructure activity across transport, utilities and buildings is expected to nearly double over the next three years.

“A skilled workforce that is available when required will be pivotal in realising these plans.”

According to the report, the infrastructure workforce consists of four main occupational groups.

Of the 50 occupations identified in the report, 16 are likely already in shortage, 18 are potentially in shortage and only 16 are estimated to have sufficient capacity to meet existing demand.

Engineering occupations are most at risk of shortage.

“You’ve got to encourage people that an engineering job in local government can be incredibly fulfilling.” – David Jenkins, CEO of Institute of Public Works Engineering Australasia

Mr Jenkins believes there are several causes for this.

“In the wake of the pandemic, it’s only going to be exacerbated because, essentially, you can’t buy in the skills,” he said.

“Also, asset managers and local government engineers…they’ve got considerable pressures, some of them are still coping with the bushfires, particularly in New South Wales.”

He believes more also needs to be done at the school level, particularly with science, technology, engineering, and mathematics (STEM) subjects.

“You’ve got to encourage people that an engineering job in local government can be incredibly fulfilling,” Mr Jenkins said.

“There’s a vast array of areas that they can get involved with – water, bridges, road development, parks – it’s a really varied and interesting career.”

“People and human resources are just as much an important input into the successful development of infrastructure projects.” – David Jenkins, CEO of Institute of Public Works Engineering Australasia

The Canadian Federal Government is working on an initiative to build the country’s asset management capabilities for greater long-term success with infrastructure projects.

The Municipal Asset Management Program, scheduled to run over the next two to three years, provides funding to train municipal-employed asset managers, so they can make better-informed infrastructure investment and management decisions.

IPWEA has a subsidiary in Canada and has been doing a lot of work with the Canadian Government.

The success of this has been “pretty profound”, Mr Jenkins said. Last year, 165 municipal asset management projects were completed.

“They understand that it’s not just about putting money into the actual funding of the projects, it’s also looking at your workforce capability,” he said.

“People and human resources are just as much an important input into the successful development of infrastructure projects as is the actual money to build them.”

Mr Jenkins believes it’s important to not just focus on projects but also the people behind the projects.

“Once the road, the bridge, the leisure center is built, it’s also about how you manage those assets over the long term; it’s just as important or equally as important,” he said.