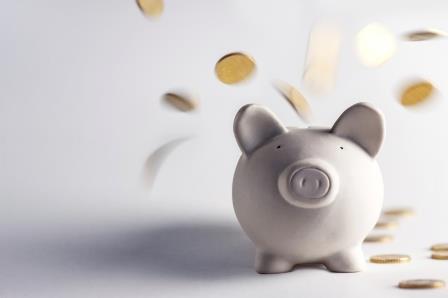 Victoria’s Corangamite Council says a $300,000 support fund it established to attract and expand businesses in its area has contributed $9.2 million in benefits to the local economy.

The initiative has been singled out by the Victorian Auditor-General in a new report into the efforts of councils in regional and rural areas to boost economic development.

Auditor Andrew Greaves found that while the state’s local government laws provide councils with specific entrepreneurial powers including declaring special rates and charges, councils “made limited use of these powers.”

There was a concern among councils that the use of these powers may be perceived as promoting private rather than public interests, Mr Greaves found.

But he argued this shouldn’t prevent councils from tapping into these opportunities as there were innovative examples of authorities using their entrepreneurial powers, such as Corangamite.

His report, released last week, concluded that councils in regional and rural areas have made progress in facilitating local economic development, but they’re being hindered by systemic issues including the competing interests of some state agencies.

A lack of resources and skill within rural councils, their use of four-year plans that are at odds with longer-term development goals and a lack of clear benchmarks are other barriers to success, he found.

A number of Victorian councils, particularly non-metropolitan councils, have experienced a decline in their economic growth over the past 10 years, his report noted.

His report found that planning approvals remained complex and this has “significantly” delayed and limited some councils’ economic development initiatives.

It still too early to determine the impacts of fast-track initiatives such as the VicSmart and the Smart Planning program, he concluded.

Mr Greaves found that councils could use better data in their economic assessments, especially at the municipality level. Most relied on the Australian Business Register to measure business activity but reported this data could be a poor indicator of business activity.

Many councils also fell down when it came to subsequently measuring the performance of their economic development actions, he found.

The Municipal Association of Victoria, the body representing local government in the state, said that finding and employing talented staff who could implement economic development strategies is a key issue for councils.

“To be successful in the economic development space councils need people who are skilled in supporting their local business and facilitating industry development,” CEO Rob Spence told Government News.

“Finding those people is not easy to begin with, and then having the capacity to employ them is a secondary issue.”

While there are increasingly new sources of data for local councils, a key issue remains having the capacity to conduct detailed analysis to identify and understand local economic challenges and opportunities, Mr Spence said.

“The other challenge for these smaller to medium councils is where economic development sits among all the more immediate service demands, particularly within the context of a shortage of resources,” he added.

Mr Graves found that some of the actions that councils were taking to boost local economic development included:

Collectively, Victoria’s councils spent $866 million in 2015-16 delivering business and economic services that included economic development, tourism and community development, which accounted for up to 12 per cent of their total expenditure.

All five of the councils in the Auditor-General’s report had established economic development teams of various sizes, which were generally responsible for related activities such as tourism, events and agriculture.

Four of the five councils had outsourced the preparation of their economic development strategies because they lacked the skills or resources to undertake economic assessment.

The councils had developed strategic partnerships with relevant stakeholders, identified potential partners and consulted with local businesses and peak bodies. However, the auditor said that at the time of writing his report it was too early to assess the effectiveness of these partnerships.

The Auditor-General recommended that Regional Development Victoria work with councils to assess their deficiencies in grant applications and business cases, promote awareness of its information portal and assess the effectiveness of newly established regional partnerships.

He recommended both RDV and Local Government Victoria work with councils to identify their economic development training needs and then provide the necessary resources. They also needed to collect better information on local economic development, Mr Greaves said.