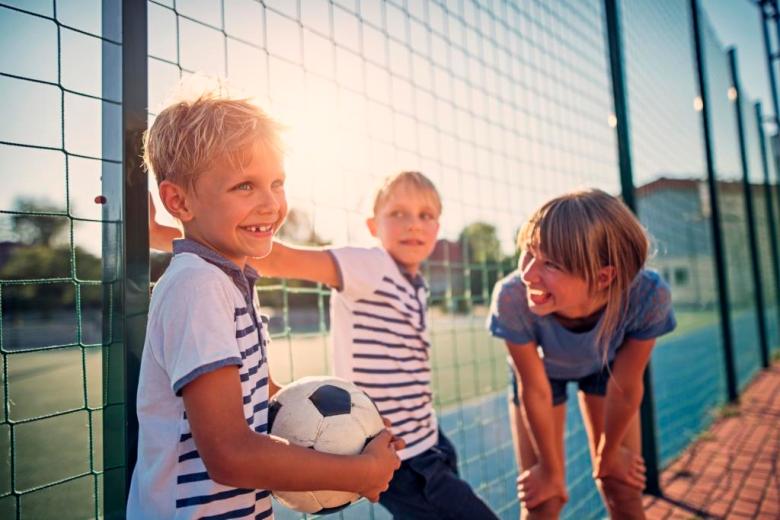 Amid concerns of a sportsground shortage, some NSW public schools are opening their gates during the holidays.

More than 80 public schools in NSW have opened their gates during the school holidays to allow community groups to use their playgrounds, ovals and courts, the State Government has announced.

The move, which follows a successful trial during the summer, comes amid mounting concerns over a looming sportsground shortage in parts of the state.

Earlier this month Northern Sydney Regional Organisation of Councils released a report showing sportsground capacity in its region needed to increase by 40 per cent by 2036 in order to meet increasing demand fuelled by population growth.

NSW Premier Gladys Berejiklian and Education Minister Rob Stokes last week launched the $30 million Share Our Space Program, which will open up 81 school playgrounds and ovals during the holidays.

Participating schools will receive a $5,000 grant they can use to help upgrade their facilities.

The government said the expanded schools’ program followed an earlier $120 million commitment to secure strategic open spaces for public use and to build more than 200 new and improved playgrounds.

Mr Stokes said by making school facilities accessible outside of the term they could provide a broader benefit to the whole community, including opportunities for sport on school ovals.

The greater use of existing facilities, including school ovals, was among the potential initiatives outlined in the report commissioned by Northern Sydney Regional Organisation of Councils.

However, such measures would only increase sportsground supply by up to 20 per cent, or just half of what’s required by 2036, that report found.

Ms Berejiklian said the move to open up school facilities was part of the NSW Government’s new $290 million Open Spaces and Green Sydney package, with further announcements to come.