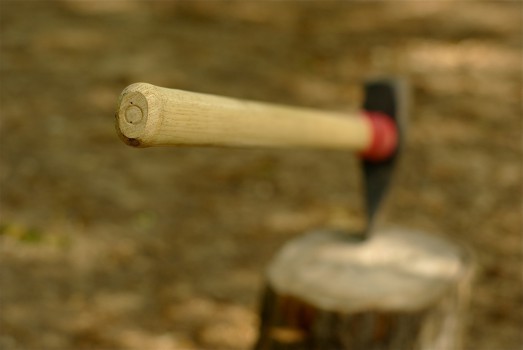 The Federal Government’s job cutting axe is set to fall on at least 56 Department of Human Services IT staff in Hobart, as agencies start to look beyond Canberra for forced retrenchment fodder in order to meet efficiency dividend targets.

The proposed federal job losses in the state with Australia’s highest unemployment rate has sparked an angry response from the Community and Public Sector Union which claims the move is “the first significant cut that specifically targets jobs in a region.”

Around 14,500 Australian Public Service jobs are officially estimated to be in the firing line because of the previous Labor government’s attempt to cut departmental costs, a figure so large that it was always inevitable federal offices in regional areas would be put to the knife.

And with another proposed 12,000 staff targeted to go via the Coalition’s optimistic means of natural attrition, the release of the Australian Public Service Commission’s State of the Service report this week admitted it was simply too difficult to put a figure on the total number of government staff set to leave.

The loss of the IT workers in Hobart could well yet become a headache for the Abbott government as unions ratchet up their campaign to highlight that public sector job cuts will necessarily have to spread much further than Canberra that is often regarded as separate from the mainstream Australian economy.

According the State of the Service report, 61 per cent of federal public sector workforce is actually located outside Canberra.

Both sides of politics have often resorted to sending public sector jobs to regional areas as a way to stimulate growth and boost their fortunes in electorates that would not ordinarily be a destination for the bureaucracy.

The CPSU wasted no time in calling upon Tasmanian Senator and Minister for Employment and Minister Assisting the Prime Minister on the Public Service, Eric Abetz, to try and reverse the decision to lay off the IT staff, saying it had already written to both him and Human Services Minister Marise Payne.

With that approach unlikely to have much tangible effect, the CPSU is also accusing Prime Minister Tony Abbott of a “a breach of trust to workers who were told that their jobs were safe.”

“Tony Abbott came to Tasmania to tell them that he was going to help them not sack them, and yet here we have one of his departments unilaterally proposing to sack some of Tasmania’s best and brightest and take these jobs off the island,” CPSU Deputy National President Lisa Newman said.

Senator Abetz is so far steering clear of the toxic issue of job cuts, referring enquiries to the office of Human Services Minister Marise Payne – who in turn is letting DHS itself take the heat.

A DHS spokesperson said that the department was consulting with staff “about the proposal to relocate the department’s Hobart ICT functions to ICT hubs in Adelaide, Brisbane and Canberra.”

“We’re working to balance staff preferences with operational needs and affected staff will be offered redeployment to other roles if they choose to stay in Hobart, in accordance with the department’s existing relocation and redeployment process under the Enterprise Agreement,” the DHS spokesperson said, adding it was also consulting with the CPSU.

“The size, scope and complexity of the department’s ICT systems means staff need to be located in our hubs in Brisbane, Adelaide and Canberra where a broad range of skills and capabilities are available to draw on.”

However the CPSU’s Regional Secretary in Tasmania, Paul Blake, said that the proposal was sprung upon staff and without any consultation with unions.

“These are highly sought after jobs in a state that has the highest unemployment rate in the nation,” Mr Blake said.

“Cuts like these are going to hit Tasmania particularly hard. On top of this further cuts are expected with the Commission of Audit which now has carriage over public sector staffing levels. Tasmania has every right to feel very insecure about this Government’s commitment to it.”