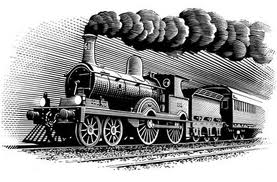 Australia has a new Cooperative Research Centre (CRC) for the rail industry. The Rail Manufacturing CRC was launched by Industry Minister Ian Macfarlane’s offsider, Karen Andrews, his Parliamentary Secretary, in the outer Melbourne suburb of Dandenong this week.

Australia has had two previous rail-based CRCs. The first was the Rail CRC, based in Rockhampton, which closed in 2007 when it evolved into self-funded spin-off Rail Innovation Australia (RIA). It was followed by the Brisbane-based CRC for Rail Innovation, which followed a similar path by evolving into the Australasian Centre for Rail Innovation (ACRI), undertaking collaborative research between universities and railway companies.

This new rail CRC will differ from those earlier incarnations by concentrating on rail manufacturing. “The launch of this CRC comes at an important time in Australia’s rail history,” said Ms Andrews.

“While the domestic freight task has doubled over the past 20 years, it’s also expected to grow by three per cent each year until 2030. Freight rail is significant to Australia’s economy as a sector in its own right. More importantly, it is also an enabler to our major export supply chains and is critical to supporting economic growth.”

She quoted figures showing that in 2011-12, freight rail transported almost half of Australia’s freight by volume and contributed over $5 billion to the economy,. “And after some decades in the doldrums, passenger rail is starting to return as a favoured travel mode. In addition, we are seeing an upturn in investments in light rail to resolve some of the people movement issues in our major city centres.”

In this context she mentioned the expansion of Sydney’s light rail network, the systems in Adelaide and the Gold Coast, and Canberra’s investigation of light rail.

“The Australian Rail Track Corporation, which manages the 8,500 kilometre national interstate network that carries a large proportion of the freight burden in south-east Australia, has invested more than $4 billion over the past ten years in new systems and approaches to improve safety, reliability and transit times, maximising access and increasing the capacity and efficiency of its network.

“It has also commenced a ten year program to build the inland railway between Brisbane and Melbourne. The Australian Government has invested $300 million in pre-construction activities like detailed corridor planning, environmental assessments and community consultation. It’s essential and far-sighted infrastructure because the Inland Rail will take Melbourne to Brisbane freight out of the congested Sydney network.

“A typical train on the new route will carry the same as 108 B-Doubles between Melbourne and Brisbane in 24 hours, and be competitively priced with road. Taken together, these examples show that the prospects for rail and competitive rail manufacturing and innovation in this country are enormous.”

Ms Andrews said the Rail Manufacturing CRC will be a “touch point” for industry members in helping to reduce this fragmentation. “It will use the rail technology roadmap, On Track to 2040, as a reference as it helps manage the risk of developing technology, increase the industry’s competitive position globally and increase industry capability … with integration into high growth global supply chains and work with national and international end users is a major challenge for the Australian rail manufacturing supply chain.”

The Rail Manufacturing CRC has been established with an Australian Government investment of $31 million and a further $53 million in cash and in-kind contributions will come from the CRC’s participants which include the CSIRO.

“The challenge for the rail manufacturing supply chain is to integrate with global supply chains, and national and international end-user,” said the CRC’s CEO Dr Stuart Thomson. “We will facilitate relationships and provide a platform for wider collaboration to integrate and strengthen the supply chain through industry-to-R&D and business-to-business interactions.

“The rail industry has not collaborated on manufacturing or technology development to any great extent and as a result the supply chain is very fragmented. This limits local firms expanding into overseas markets and associated global supply chains.

“The Rail Manufacturing CRC will share the risk involved in the development of technology, assist in developing networks across the supply chains, increase industry’s competitive global position, and increase the depth of industry capability with both strong Australian industry participants and international participants.

“This will ensure that Australian products and know-how created from the Rail Manufacturing CRC outputs are integrated into high growth global supply chains.”

The CRC is undertaking three initial research programs: power and propulsion, materials and manufacturing, and design and simulation.