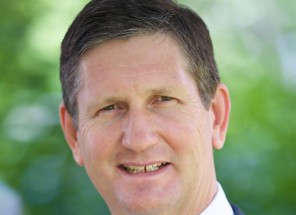 Queensland’s opposition leader Lawrence Springborg has launched a spirited attack on the state’s budget, brought down by Treasurer Curtis Pitt on Tuesday.

Despite the budget being generally well received, Springborg has called it a “breach of trust,” calling into question the government’s legitimacy. This a sign the opposition Liberal National Party is still hurting from its unexpected loss in the January state election, with one of the biggest turnarounds in Australian electoral history. He says Labor “tricked people into voting for it” by hiding its real plans.

At the centre of Springborg’s criticism of the budget is its removal of a $6 billion central funding pool for long service leave and other entitlements for public servants, and transferring the money to debt within individual departments and agencies.

“The best that we have heard d from this government is a rush to the lowest common denominator, an aspiration to achieve was has been achieved in other places. They are not putting away in reserve for the future, which is very important to ensure that we do not have to increase taxes, we do not have to borrow and we do not have to take from somewhere else in order to pay for the entitlements of Queensland’s public sector employees.

“Now is not the time to be playing with the hard-earned cash of Queensland’s public servants. Global financial markets are volatile at best. It is not just Europe and Greece – the stocks of the world’s second largest economy, China, have fluctuated considerably in recent weeks and have people concerned.”