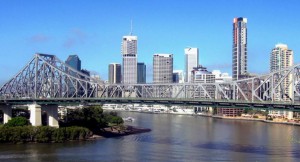 The Palaszczuk ALP Government’s first Queensland budget has been generally well received. It was particularly welcomed by the Local Government Association of Queensland, which says that local communities have done well, with more funding for road projects and a solid commitment to boosting local jobs training programs and infrastructure programs.

“Vital programs to help build and maintain local roads has received an important funding boost after being pared back under the previous government,” said LGAQ president Margaret de Wit, who has represented the Pullenvale Ward on Brisbane City Council for nearly 20 years.

Ms de Wit who was aligned with former Lord Mayor and Premier Campbell Newman, who unexpectedly lost the January state election, but is regarded as a pragmatist who works well with both sides of politics. She recently announced that she will be retiring from council after the next elections in March 2016, but would stay on with the LGAQ.

She said Queensland councils should find a lot to like about the budget. “This budget has shown a welcome commitment to local projects such as road building and community infrastructure. It contains key signals on the government’s overall economic and political direction, and a healthy amount of spending focuses on job creation and infrastructure.

Ms de Wit said the government had exceeded its promise to restore funding for the Transport Infrastructure Development Scheme to $70 million a year over two years. “The government says it will devote a total of $200 million of its Building Our Regions program over the next two years to local government projects, with some of this money also brought forward.

“The budget also continues the state’s commitment to recovery and reconstruction works following Tropical Cyclone Marcia and other natural disaster events, with nearly $410 million to flow to local authorities for rebuilding projects this financial year.”

She welcomed the $40 million program for restoration of the Rockhampton riverfront and Yeppoon foreshore following tropical cyclone Marcia, and the Government’s promise to spend $40 million on a Community Resilience Fund to support councils mitigate the impact of natural disasters on infrastructure.

Ms de Wit said the LGAQ was pleased the Budget continued funding for regional collaboration across water and sewerage services to improve the way water is delivered and treated in local communities.

Even the influential Courier-Mail, Brisbane’s only daily newspaper and traditionally strongly anti-Labor, was cautiously welcoming. The worst it could say was that there was ‘little to inspire” in the budget. “Labor appears to have made the best of a bad lot when it comes to fiscal management,” it said in its editorial the day after the budget was delivered.

“Labor’s commitment to budget surpluses in the government sector is refreshing, and Mr Pitt has delivered a bottom line that, if fulfilled, will place Queensland’s operating performance on a better footing than those of our interstate peers over the forward estimates.

“That is to be applauded. Likewise, elements of his plan to address Queensland’s unsustainable debt position are largely credible.”

High praise indeed from a Murdoch paper of a Labor budget. But its sister publication, national broadsheet The Australian, was not so kind, saying it showed a disregard for public finance accounting standards and was a “fiscal charade.”

Other responses to the budget were largely positive. Some representative comments:

Government news will report separately on Opposition Leader Lawrence Springborg’s response to the budget, which he will deliver to parliament on the evening of Thursday 16 July.

One thought on “Queensland budget well received by LGAQ”