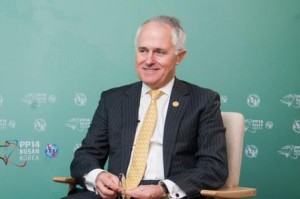 More than 2000 of Prime Minister Malcolm Turnbull’s public service departmental staff will vote on whether to accept a new enterprise agreement (EA) this week, with even the pay rise offered in dispute.

Staff at the Department of the Prime Minister and Cabinet (PM&C) vote this week on the government’s pay offer, a wage increase that the department argues is ‘an average’ of 4.5 per cent  over three years but the Community and Public Sector Union (CPSU) says represents only 3.5 per cent across the board.

Government News understands that the only pay increase that applies to all staff is 3.5 per cent. Some other staff have been told they may be able to access movement up the pay scale but with no guarantees.

The vote closes late on Sunday with the results of the ballot likely to be known by Monday or Tuesday next week.

When the CPSU held a poll earlier this year 95 per cent of whose members voted to rejected the offer. The union has called it a “sub-par” offer and is urging their members to vote ‘no’.

The CPSU’s analysis of the government’s offer highlights several concerns including: slower progression up the pay scale, lower minimum pay points at some classification levels, restrictions on salary advancements and cuts to term and conditions.

Cuts to terms and conditions include removing the right to access flexible working arrangements for people with caring responsibilities, including parents, from the EA and into policy, which may be changed in the future.

It also includes removing travel assistance from the EA and moving it into travel policy, which the union contends could be changed my management without reference to the PM&C Consultative Committee.

CPSU National President Alistair Waters said: “The government’s harsh and unfair bargaining policy is broken. With influential agencies rejecting sub par offers, and the government willing to talk, now is the time for a strong NO vote in PM&C.”

“By voting to reject the proposed PM&C EA you will send a message to management that you believe you deserve a better and more reasonable offer. You may also be better off staying on the current PM&C EA until you can get a better deal, even if that takes some time.”

What will also stick in the craw of PM&C staff is how long the process has taken and the remote possibility of any back pay. The last enterprise agreement elapsed in June 2014 and bargaining began in August last year.

As well, the pay offer is below that of many other departments, such as Human Services, Social Services (DSS), Health and the Australian Tax Office (all offered 4.5 per cent but only DSS has agreed to it) or and below the official 4.5 per cent cap set under former Employment Minister Eric Abetz and Prime Minister Tony Abbott.

Staff at the PM&C have generally been regarded as being well paid compared to staff at other departments and agencies but the 2013 absorption of Indigenous Affairs, when the PM&C more than tripled in size, put paid to this theory. There are known to be substantial pay differentials of staff working in the department and on the same pay grade, reportedly up to $19,000 per year on same grades.

A CPSU spokesperson said: “Staff transferred into PM&C to cover Indigenous Affairs remain on their old pay scales and are generally lower paid than those who were already working for the agency,” he said. “The CPSU’s membership has been growing significantly since PM&C was expanded.”

The PM&C now includes a mishmash of one department of state, six statutory agencies and 12 Commonwealth companies and authorities. Including in this grab bag are staff at the Office of National Assessments, the Tiwi Land Council, Outback Stores, the Australian National Audit Office, Torres Strait Regional Authority and the Office of the Commonwealth Ombudsman.

Enterprise bargaining negotiations have been further hamstrung by the existence of ten different EA pay and condition arrangements, covering staff who could work in locations ranging from Canberra to the Groote Archipelago in the Gulf of Carpentaria.

The new Turnbull government will be keen to avoid an embarrassing political situation during the vote, such as when former Employment Minister Eric Abetz’s staff voted down their EA. Public sector strikes that have affected airports, customer service centres and ports may add to Mr Turnbull’s willingness to do a deal.

A softening stance has been flagged to workplace negotiations by new Employment Minister Michaelia Cash, who has declared that she will sit down with unions and thrash things out.

Enterprise agreements for all 114 APS government agencies and departments elapsed on 30 June 2014. Negotiations on some agreements began in April last year. There remains a stack of more than 100 unsigned draft enterprise agreements on the table. The PM&C vote could mark a turning point – for good or ill – in public sector pay negotiations.