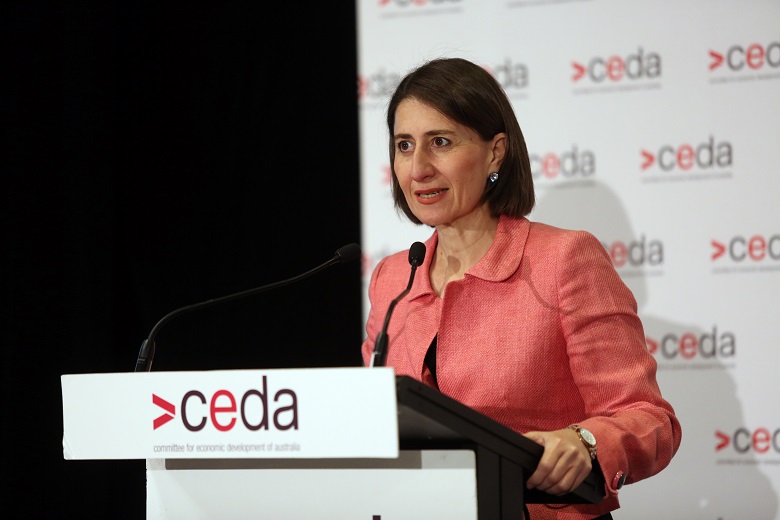 Gladys Berejiklian delivers the State of the State address.

It will become a mandatory for metropolitan councils to use the NSW government’s e-planning and reporting system from next year, NSW Premier Gladys Berejiklian has announced.

In a State of the State address at a Committee for Economic Development of Australia (CEDA) lunch in Sydney on Wednesday, Ms Berejiklian said the e-planning platform allows councils to post real time information on the number of development applications in their area, as well as the status of projects and expected time of completion.

The system is currently being developed and is available to councils on a voluntary basis, but that will change from next year, the Premier says.

“We’re actually going to mandate that during next year that all metropolitan councils across Sydney, the Illawarra, the central coast and Newcastle will adopt this system because it will actually reduce the time it takes to do things,” she said.

“If you have everything online and real time information it will be very obvious to everybody as to where the bottleneck is, if there is one.”

Ms Berejiklian said the move would not only cut red tape and reduce assessment times, but would put a spotlight on both state and local government to ensure planning is being done in a timely way.

Planning Minister Rob Stokes insisted the state government could work with councils without turf wars between Macquarie Street and Town Hall, but the Premier added that state government decisions would always override councils.

“I’m happy to say that if there’s a major strategic decision state government trumps. If there’s something that’s in the best interests of the state I’m happy to wear the flack.

“At the end of the day we wouldn’t have built half of the projects that we have going on in NSW if the state government hadn’t said ‘this is necessary’.”

Ms Berejiklian said in order to take the state to “the next level” there was a need to push ahead with reform of the planning system.

As well as the mandatory e-planning requirement, in 2020 the government would also “supercharge” new hubs across the state and remove uncertainty around developer contributions to boost investment.

“We also want to in the planning system ensure that we preserve our heritage and create additional public spaces,” Ms Berejiklian said.

The government has also engaged a UK expert the provide advice on establishing an inter-city high speed rail network, and would be making an announcement in the “near future”, she said.

“We’ve committed to starting at least one of these routes in our term of government in relation to providing faster rail. We’re not going to get from where we are to 380 km/h in the few years, but we definitely can shave an hour or two of travelling times and we’re looking at the best way to do that.”

Mr Stokes said planning needed to be about enabling jobs and economic growth, rather than acting as a constraint.

“That’s were we have to become much more strategic and much less reactive in our planning system.”

He compared planning to “prophecy”, saying it was about imagining what the future will look like and guiding that future.

“Housing approvals have declined 46 per cent since 2016 and significant delays in strategic planning, development approvals and rezoning are deterring potential investment as it is simply just too risky to do business in NSW,” Urban Taskforce CEO Tom Forrest said.

“It takes twice as long to have a DA processed in NSW as it does in Victoria and three times as long as in Queensland.”