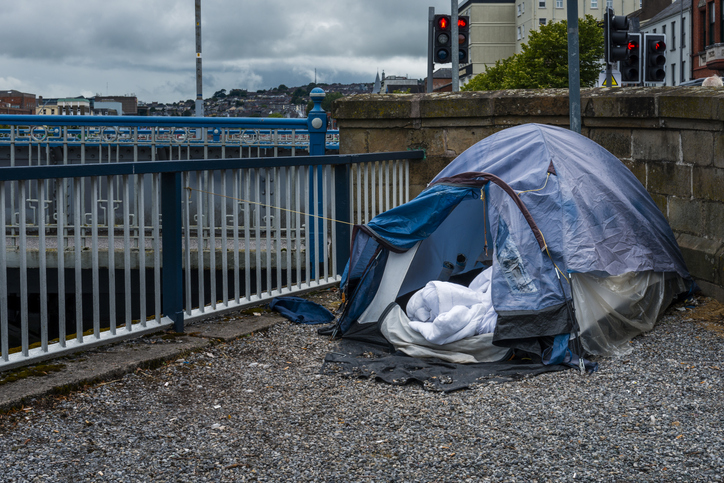 Sydney city is considering innovative solution to its housing crisis.

Pop-up housing shelters and smart homes with eye scanners are among the projects being considered by the City of Sydney to tackle an ongoing housing crisis.

The City of Sydney is looking into smart new ways of boosting affordable housing supply across the city after shortlisting a number of innovative ideas at its recent housing challenge.

From a cutting-edge housing model to affordable high-rises, a number of submissions were made to help council improve the affordability of housing and tackle homelessness after an Anglicare report early last month found most Australians on welfare can’t afford to live in capital cities.

The news last month sparked a call from the Lord Mayors of Australia’s two biggest cities for action by the government on housing affordability and homelessness.

Council last month opened the call up to the public, considering 230 submissions from Australia and across the globe as part of its annual housing challenge and this month announcing seven finalists.

Shortlisted applicants receive $20,000 to further develop their concept, which could then potentially help the city solve its housing woes.

Among the finalists is a cutting-edge new idea to create temporary, pop up shelters which repurpose buildings across the city to provide crisis and transitional accommodation.

The idea, which has already been floated in Melbourne, comes from founder and director of Housing All Australians Robert Pradolin, who for decades has been at the leading edge of housing solutions.

Mr Pradolin’s pop-up shelters would temporarily reuse vacant buildings which would be provided at minimal or no cost by the private sector and companies involved in the building industry, to ensure the shelter is both habitable and complies with building codes.

“This is not a long-term solution, but an immediate response by the private sector to a city in crisis. Housing for all, rich or poor, is a fundamental economic platform upon which we can build a successful and prosperous country,” he said.

The crisis accommodation would be provided in conjunction with a social service provider, who would manage the building once Housing All Australians has undertaken the relevant works.

Mr Pradolin says that while the solution is crucial to address the crisis, long-term solutions are essential.

“Our Pop Up Shelter concept is not a solution. It is a private sector response to a crisis. We need more affordable, social and public housing to be built,” he said.

The other six shortlisted entries are:

The city is set to provide funding to develop the shortlisted ideas over the next give months, after which the public will be able to provide feedback.