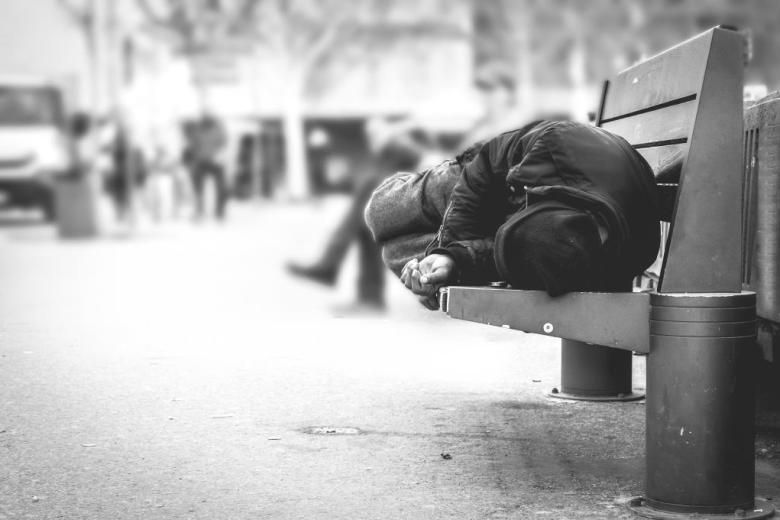 A national strategy tackling the myriad issues contributing to Australia’s worsening homelessness should be included in the next national agreement between the Commonwealth and states, an expert says.

As the federal and state governments negotiate a key National Housing and Homelessness Agreement a major new analysis has warned that the downgrading of key policy and initiatives by successive governments has led to a surge in homelessness and rough sleeping in the past five years.

While the decade to 2011 saw the situation remain “fairly stable,” the Australian Homelessness Monitor 2018 found that from 2011 to 2016 the rate of homelessness rose by 14 per cent while rough sleeping jumped 20 per cent.

Demand for homelessness services increased 22 per cent and the proportion of people living in overcrowded accommodation rose 23 per cent over the five years, according to the landmark analysis by researchers at the universities of NSW and Queensland.

The report, which was commissioned by community homelessness organisation Launch Housing, analysed various data sets including Census figures and drew on interviews with policymakers, service providers and advocacy groups.

Lead author Hal Pawson, a professor of housing at UNSW, told Government News that the new agreement between governments should contain a multi-layered national strategy to tackle the worsening situation.

The first element of such a plan would provide “more assertive outreach” for the 8,000 people sleeping rough every night, he said.

“You then need to look at prevention measures that address the immediate causes of homelessness – issues like domestic violence, discharge from institutions, low income people living in private rental,” Professor Pawson said.

“Then there’s the much wider set of issues around proper indexation of benefits, and the supply of affordable housing.”

Professor Pawson said the new agreement presented an opportunity to incorporate cooperation between the federal and state governments, as well as targets for preventing and reducing homelessness.

“It enables community housing providers to access debt and to build additional affordable housing at better rates of interest and longer terms of loan than they can currently get from the banks,” he said.

In an overview document accompanying the release of the monitor, Launch Housing said the findings showed the Commonwealth must “lead and develop a coordinated policy response” with the state and territory governments.

“We urgently need an alignment of efforts to implement dedicated housing, income support and homelessness policies,” the group said.

The analysis found that some recent Commonwealth policy – such as the failure to index social security benefits, which left recipients living in private rental increasingly vulnerable – had exacerbated homelessness.

Some 71 per cent of the homelessness service agencies surveyed by the researchers said they believed government changes to welfare and Centrelink had aggravated homelessness.

Another key driver of homelessness is the “long-term erosion of social housing,” the analysis found.

Despite the ageing of the public housing stock and increasing intensity of unmet housing need, capital investment in social housing fell by 8 per cent in the four years to 2016, the researchers said.

“For agencies looking to assist people out of homelessness, the intensifying shortage of social housing and affordable private rental properties is making this task increasingly difficult.”

However, on the other hand, the report also highlighted recent state government plans to expand social and affordable housing in Queensland, Victoria and NSW.

“Although extremely limited, these initiatives demonstrate ongoing government commitment to invest in an affordable housing supply as a response to housing needs,” the report said.

It highlighted several rough sleeper programs that have created “sustainable and immediate housing outcomes” but notes these initiatives are “hamstrung by limited social housing stock, a reliance on homelessness accommodation and limited resourcing.”

Variation across the country

The national figure of 14 per cent growth in homelessness conceals complex and variable movements in the rates across the country, Professor Pawson said.

Homelessness has worsened the most in capital cities, increasing the fastest in Sydney (up 48 per cent in the five years), Darwin (up 36 per cent) and Brisbane (32 per cent).

“Meanwhile homelessness has reduced in some parts of the country, and quite substantially in the more remote regional geography,” he said.

“The contrast between different geographies is something the report has tried to bring out because it’s certainly not a steady or simple pattern across the country.”

Seniors, indigenous most at risk

Echoing earlier reports and studies, the analysis found that those aged 55 to 74 were the fastest growing cohort within the homeless population.

“In the decade to 2016, this combined group grew in number by 55 per cent, compared with the 30 per cent increase for all age groups,” the analysis found.