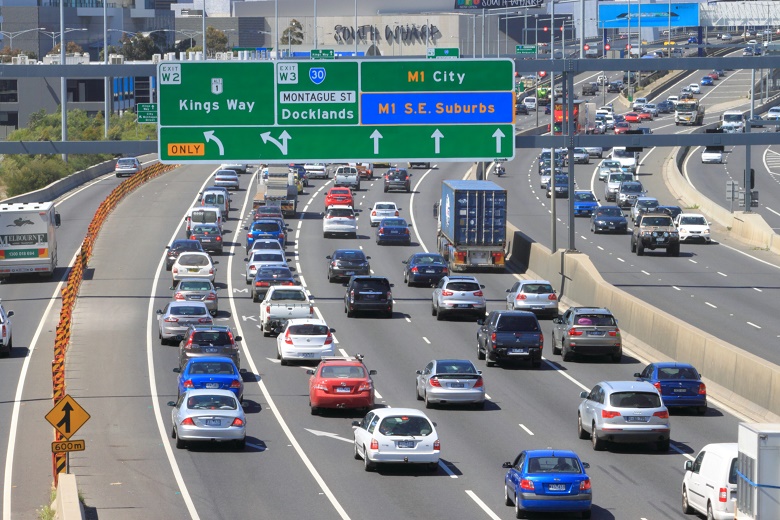 That’s according to Peter Seamer, former chief of the Victorian Planning Authority and long-serving local government CEO, who says traditional approaches are generating congestion and inequality.

In a new book, Breaking Point: The future of Australian cities, Mr Seamer advocates a fundamental shift in how planners and governments prioritise and deliver major infrastructure and transport projects.

Whether it’s Melbourne’s Tullamarine freeway or Sydney’s M2, major upgrades or new projects become congested almost as soon as they open, he argues, while residents in inner city areas benefit disproportionately from government services and infrastructure.

“Things are becoming pretty inequitable and the cost of some of these projects being talked about is staggering,” Mr Seamer tells Government News.

Mr Seamer points to Greater Sydney’s strategy for a “metropolis of three cities” as a good approach to planning for more evenly-spread growth.

“They are going to be powerful hubs,” he says of the planned Eastern Harbour City, Central River City, and the Western Parkland City.

“What Sydney is trying to do is important; developing a strong plan for alternative CBDs, powerhouses that cover off western parts of Sydney currently poorly served in terms of jobs. This would make them more sophisticated business areas with great public transport, amenities, for both residents and businesses, and lifestyle,” he says.

Along with these “suburban CBDs” he advocates the importance of supporting major employment clusters, such as Monash in Victoria.

“Monash has some of the highest tech stuff in the world, but it doesn’t have a centre, the public transport is poor, and you can’t get a good coffee to save yourself so all the young people don’t want to know about it,” he says.

Governments need to increase residential density around these employment clusters while improving their amenity and liveability, says Mr Seamer, who headed up Federation Square during its construction, was chief of the VPA for a decade and was previously CEO of several cities including Sydney.

At the extreme end of a localised cities approach is supporting work from home, Mr Seamer says. “It costs a fortune for us to bring people into the CBD. In both Victoria and NSW we subsidise all public transport to the tune of 78 cents in the dollar, which doesn’t take into account the capital subsidy.”

Mr Seamer says rapid advances in transport technology, such as electric and automated vehicles, will effectively bring the long-standing proposals of road pricing and congestion charges into effect.

“We already have it but it’s only for Uber,” he says of congestion charging. “And we do have some limited off-peak reduction of fares but it’s very limited and not enough to make people change their habits,” he says.

The fuel excise is arguably unfair to those living in outer areas or regions, he says, adding that the arrival of electric vehicles further means the current tax is “on a limited lifespan.”

“When we do get automated vehicles, and that will happen and quicker than everyone thinks, it will be very easy to do what Uber does and charge by the usage and by the congestion levels. This won’t solve the problem of congestion, but it will help.”

He endorses the assessment of former Infrastructure Australia chief Philip Davies who last year said that “early stage announcements” were a concern.

“By and large governments make reasonably good decisions but a fair percentage is done on a very political basis, some are just crazy thought bubbles,” Mr Seamer says.

While maintaining that politicians should still have the final decision on what infrastructure and transport projects get the green light, Mr Seamer says governments need to work closer with their independent advisors.

“There’s a role for groups like Infrastructure Australia to work more closely with government, and before politicans putting out an announcement that they actually run it past the independent advisors,” he says.