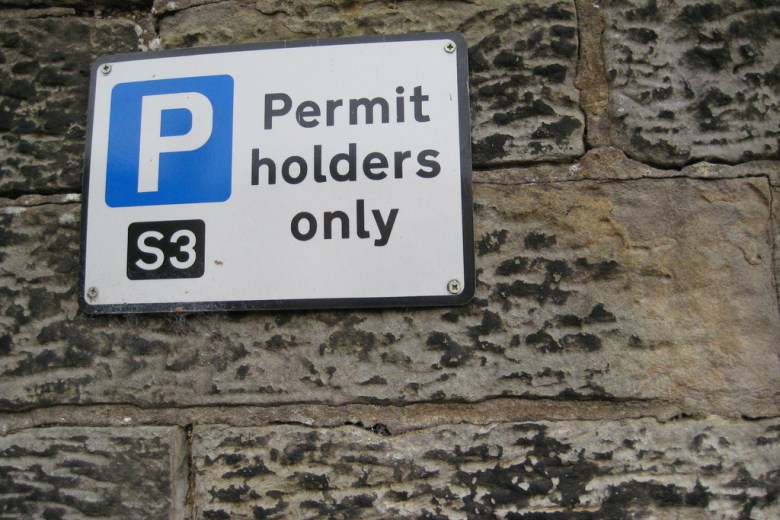 Commonwealth public servants and their agencies look likely to be forbidden from using annual and long term parking permits for different vehicles under the looming imposition of pay parking in Canberra’s Parliamentary Triangle, with possible further restrictions on which cars areas can park in what areas.

Details contained in new tender documents for the widely loathed scheme reveal that the National Capital Authority is planning to restrict the use of certain kinds of paid parking permits to individual areas in what appears to be an effort to maximise ticket revenue by enforcing a one-ticket, one car requirement to prevent transferability.

The move could effectively remove the viability of people car-pooling to work using different cars on different days but using the same long term permit.

“An additional ticket type should also be considered to avoid abuse, these particular tickets will need to be coloured differently and only be valid in selected zones to avoid individual’s on-selling or lending tickets to others,” the NCA’s tender documents for an online payments gateway for the purchase of long term tickets states.

“It is possible that Agencies may require the ability to bulk purchase tickets on behalf of its staff for a large number of parking spaces.  These staff would need to be identified as members of that Agency (with secure ID’s provided), through a username/password.”

The one-car, one ticket policy is likely to slug families with more than one car who now swap vehicles and driving duties to ferry children around to schools and related engagements during the week.

It essentially means that either both cars will need long term tickets or a second car paying at casual rates rather than transferring a permit from one car to another while it is being used.

The restriction of certain permits to certain zones is also likely to be unpopular because it has the potential to expose drivers who park outside their designated areas to infringements –despite having already paid a long term fee.

Budget documents estimate that around $73 million will be shaken out of the pockets of parkers in the Parliamentary Triangle over three years to access around 8000 parking spots.

Based on a long term daily parking fee of $11 over 240 days (or a 5 day week over 48 weeks to take account of annual leave), the average long term parker would pay $2640 to get to take their car to work.

However combination of vehicle specific and zone-based long term parking permits (normally paid) is most typically utilised by local governments in residential areas where there is heavy competition between residents and visitors for a limited number of spaces.

The schemes essentially work by allowing residents longer stay or permanent on-street parking while forcing the turnover of non-local parkers by imposing time restrictions during peak demand periods such as working hours.

In many inner-city local government areas, visiting parkers are charged more expensive metered fees for short stay parking that are not levied on cars carrying a resident’s permit.

But many councils also offer the option of a resident’s permit that is transferrable between different cars to cater for people who may use different vehicles during the week as part of their jobs   or to make access easier for people caring for the elderly or disabled.

Conversely, commercial parking operators typically issue permits in the form of electronic passes that can be used across multiple vehicles to maximise the appeal of long-term paid parking to potential customers.

Under the NCA’s scheme, parking revenue will go straight to Treasury rather than the ACT Government.