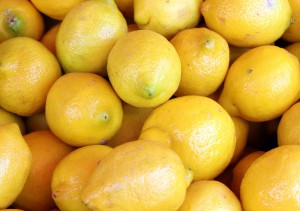 It’s the kind of negative publicity you just can’t buy: the shonkiest and most complained about businesses in Australia’s most populous state will soon get their own government funded online spotlight.

Fed up with a ballooning mail bag at the office of NSW Fair Trading, the state’s Minister for Innovation and Better Regulation, Victor Dominello, is now compelling the consumer watchdog to finally publish its full complaints statistics as part of the Baird government’s concerted open data push.

It’s a move certain to send shivers down the spines of big companies and small used car dealers alike which have for years been able to shrug off public criticism of their sub-standard practices and service thanks to the shelter of anonymity thanks to successive minister not wanting to get into fights with powerful industry interest groups.

It also looks to be an Australian first.

When consumers complain to government regulators and enforcement agencies to seek redress, it costs taxpayers money and Mr Dominello is clearly sick of footing the bill for spivvy sales tactics and defective products and services — so he’s spending up on sunlight as a disinfectant.

There’s also a growing view in parts of the NSW government that companies are, through lack of action, are increasingly trying to outsource complaints resolution to Fair Trading in an effort to save money on resources and refunds, with the government picking up the tab.

The strong message to recidivists is that that’s no longer going to fly and shonks will have their names put up in lights.

Dominello is frank about the need to expose poor performance.

“This data is currently under lock and key within the bureaucracy and we want to change that by amending the Fair Trading Act 1987 to give the agency the power to publish its complaints data for the first time,” Mr Dominello said.

“Consumers should have the right to know which traders have high numbers of complaints against them so they can take this into account when purchasing goods and services. We want to create a fairer and more competitive marketplace through open data.”

Mr Dominello said the proposed new register would provide information regarding the number of complaints received about individual traders.

This would create an incentive for businesses to improve the way they deal with consumer issues, hopefully leading to better self-policing and resolution of grievances.

But to get the new rogues gallery up and running, the Mr Dominello first has to introduce a new bill into the freshly elected NSW Parliament to create a statutory power for NSW Fair Trading to publish its complaints information.

That requirement is almost certain to create a line of industry lobbyists queuing at Mr Dominello’s door seeking to head off the new list and mitigate the damage it is likely to cause to their clients.

For perhaps that very reason, the government has said it will establish a stakeholder roundtable “to consider what form the complaints register will take, how regularly it will be published and how the information can be best utilised by consumers, traders and the media.”

Mr Dominello said CHOICE, the Australian Retailers Association and the Business Council of Australia were among the industry groups that will be invited to participate in the roundtable.