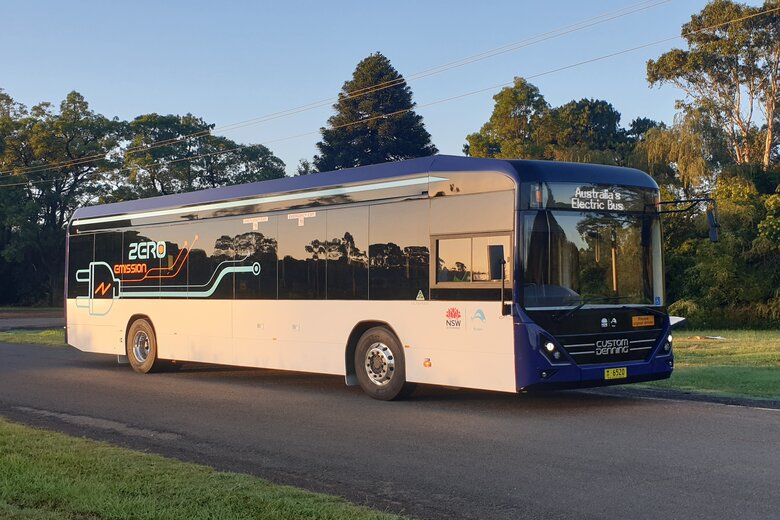 When fully charged the locally-built Element e-bus can run for 16 hours or 450 kilometres.

The Element e-bus, which will run between the Sydney beachside suburbs of Bondi and Bronte during the two week trial, was built in Western Sydney by bus and coach manufacturer Custom Denning.

“The NSW government has supported our business since I purschased it three years ago and now we can help them build a better future for commuters and the environment,” Managing Director Scott Dunn said.

When fully charged, which takes about five hours, the e-bus can run for 16 hours or 450 kilometres.

The batteries don’t contain Nickel, Cobalt or harmful solvents and can be recycled, and the buses can carry 80 passengers and are built to withstand 25-years of service, the company says.

They also contain telematics and onboard driver training and assessment capabilities.

The government is encouraging commuters to try out the new bus by waiving the fare.

“Until now we’ve seen the conversion of diesel buses to electric and buses built overseas, but this is the first fully fledged Australian-made bus in the state,” Transport minister Andrew Constance said.

“The state’s first trial of a locally built electric bus takes us closer to an emissions free future,” he said.

The state’s 8,000 buses currently operate on diesel fuel and compressed natural gas but there are plans to roll out 50 new e-buses across Sydney this year.

The government is aiming to replace the entire fleet by 2030.