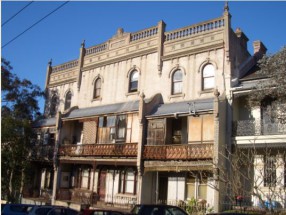 It’s an eviction of sorts that’s been a long time coming.

The stand by the state government finally lets renters bypass the frequently loathed scenario of handing over what can often amount to amounts to tens of thousands of dollars in surety to agents and landlords who then often string out the deposit and return of trust funds for their own financial benefit.

Dubbed ‘Rental Bonds Online’, the new facility from Fair Trading lets tenants voluntarily opt out of the archaic system that produced 540,000 paper-based lodgements a year in favour of transferring monies directly into a government-held trust account via BPAY or MasterCard and Visa cards.

“We are doing away with this cumbersome process by cutting out the middle man and enabling tenants to lodge their bond directly to NSW Fair Trading through an electronic transfer system,” Minister for Innovation and Better Regulation Victor Dominello said.

People may not always trust the government; but they trust it more than the real estate industry.

A major problem for residential tenants across Australia is that many unscrupulous agents and landlords often sit on bond money for as long as they legally can – sometimes longer – to skim off interest or temporarily reduce their own interest payments.

Now the state government is helping to remove financial temptation for investment property owners, with Mr Dominello hailing NSW’s online bond facility as the only scheme in Australia where tenant bond money is deposited directly to the government.

“The new scheme provides tenants with greater confidence that their bond money is securely held in trust, from the moment the payment leaves their account,” Mr Dominello said.

The state government is also keeping crucial transactional data from bond deposits and releases, a move it says will allow tenants “to record and save their bond history online, which they can opt to use to support future tenancy applications.”

That data could potentially challenge the notorious market in residential tenancy databases that have historically created headaches for renters and regulators alike because of their questionable accuracy and exorbitant fee structures that can gouge more than $5 per minute for phone enquiries.

The NSW Government is initially selling the online bond facility to the property industry and landlords as a carrot rather than a stick, pointing to the success of a pilot that started in July.

According to Mr Dominello, around 2,000 real estate agencies and private landlords have signed-up to the new service with more than 7,000 active accounts set up and more than $5 million in bond money lodged.

But behind the positive message are conspicuous examples of what’s known as ‘trust fraud’ where money simply disappears.

One of the worst recent examples of real estate trust fraud hit NSW courts in September after an Illawarra agent pleaded guilty to two charges of fraudulently converting money as a licensee, relating to money taken from the company’s rent trust account and sales trust account.

The sting to the agent’s clients was a hefty $789,000, with Fair Trading uncovering “numerous deficiencies” in the real estate agents’ rent and sales trust accounts in addition to “falsified corporate book keeping records created to disguise and hide the fraud.”

“Investigators also established the defendant had engaged in a type of ‘kite flying’ – manipulating the monthly rental trust account reconciliation by drawing cheques for the payment of fictitious disbursements at the end of each calendar month in order to give the false appearance the account was balanced – to cover up for her unauthorised withdrawals,” a statement from NSW Fair Trading at the time said.

The case prompted Fair Trading Commissioner Rod Stowe to warn the consumer protection agency would “continue to crack down on real estate agents who commit serious fraud such as trust account misappropriation.”

Mr Dominello may yet not give them the chance.