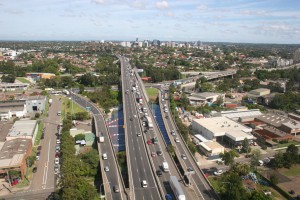 In Joh Bjelke-Petersen’s day they used to call Queensland’s minister for everything Russ Hinze ‘the Colossus of Roads’.

Different state, different millennium. But New South Wales’ Minister for Roads, Maritime and Freight and ex-truckie, Duncan Gay, might well pick-up that moniker thanks to the massive increase in funding for the state’s roads infrastructure in the Budget handed down by treasurer Gladys Berejiklian this week.

The NSW Budget includes a whopping headline figure of $7.5 billion for the state’s roads, maritime and freight infrastructure and services, a commitment Mr Gay has lauded as “historic.” He said this represents a $2 billion increase in annual funding over last year.

The National Roads and Motoring Association (NRMA) pegs the real spend at $6.7 billion, which it reckons to be a $1.3 billion increase in in capital expenditure compared to last year — still a record sum.

The highlights (many also with federal funding) include:

The nation’s powerful peak lobby group for roads and drivers, the NRMA, is predictably ecstatic over the cash splash on new bitumen, but judiciously shared applause with a hearty thumbs-up for major new investment in rail.

The president of the NRMA, Kyle Loades, commended the spend saying it managed to address “the major infrastructure issues of both the city and the bush.”

“The state’s major country highways are sorely in need of the funding this budget provides,” Mr Loades said.

“The future of the state’s transport must be a combination of good roads and good public transport — we must do away with the argument that it lies with one at the expense of the other — that’s why the NRMA welcomes this Budget.”