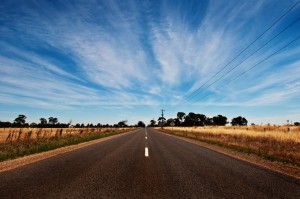 The federal government will pour nearly $43 million into improving NSW roads and bridges used to transport freight under its Fixing Country Roads program.

The aim is to better connect local and regional roads to state highways and key freight hubs such as silos, saleyards, rail heads, supermarket distribution centres, industrial parks and depots.

NSW Deputy Premier Troy Grant and Minister for Roads and Freight Duncan Gay this week announced 77 projects on council-owned roads would be largely funded by the program. This also includes a number of bridges that need repairing or replacing.

Mr Grant said the program was about moving freight around the state more efficiently and helping regional councils to fix freight pinch points on their roads.

He said by getting trucks to key freight hubs – including grain rail heads – more efficiently, the NSW Government could help take pressure off council-owned roads and reduce wear and tear on these assets.

“Fixing Country Roads has been designed to complement a number of historic rail freight funding initiatives, including our $277 million investment over five years to upgrade and maintain grain rail lines and $6 million to upgrade rail sidings throughout country NSW,” Mr Grant said.

“The NSW Government has partnered with regional councils and the Australian government to grow the Fixing Country Roads program to a total package of works worth $89 million over the next couple of years.”

Mr Gay said too many local roads and bridges are unable to carry the weight of high productivity vehicles, like modern B-doubles, which meant these freight trucks are unable to take the most direct and cost-effective route to transport goods to market.

“Labor left councils in NSW with a huge backlog of critical freight infrastructure, and these historic state and federal government funding initiatives are helping regional councils and businesses reduce their costs and grow their local economies,” Mr Gay said.

He said three-quarters of the projects were ‘shovel ready’ so the majority of councils could start work over the coming weeks and months.

Of the successful council applications, 60 were road and bridge construction projects while 17 were bridge and culvert assessments.

Fixing Country Roads projects were selected by an independent assessment panel for their capacity to boost freight productivity and ease network capacity constraints across country NSW.

The Assessment Panel was made up of representatives from the NSW Farmers Association, Livestock and Bulk Carriers Association of NSW, Local Government NSW, Infrastructure NSW and senior officials from Transport for NSW’s Freight and Regional Development Division, Treasury and the Office of Local Government.

Councils with successful Fixing Country Roads projects will be invited by Transport for NSW’s Freight and Regional Development Division to attend briefing sessions to arrange the payment of grants, including some additional funding from the roads budget, and to discuss the construction schedule of selected projects.

Mr Grant said if the NSW Liberals and Nationals Government was re-elected in March then a further $500 million would flow to future funding rounds of Fixing Country Roads.

“This means those projects not selected by the independent assessment panel in this first round could get further opportunities for funding in the future,” he said.