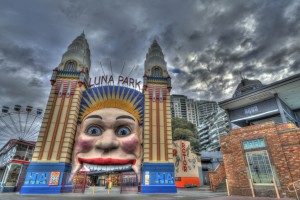 North Sydney Council has joined Woollahra Council to mount a legal challenge to the NSW government’s attempt to force council mergers but North Sydney Mayor Jilly Gibson is appalled and she says ratepayers are too.

North Sydney councillors voted on Monday this week to join the legal fight to wind back Premier Mike Baird’s attempt to axe 40 of the state’s 152 local councils, including North Sydney – which is slated to merge with Mosman and Willoughby.

Sydney silk Bret Walker SC will argue that the government has used the wrong sections of the Local Government Act, sections designed to be used only for voluntary amalgamations, not forced. If the challenge is successful, it could mean the government has to begin the whole council mergers process again under a different section of the act.

But North Sydney Liberal Mayor Jilly Gibson said she thought joining the legal challenge was “a terrible idea” and could cost councils hundreds of thousands of dollars if they lost.

“I’m getting lots of feedback from residents that they don’t want to spend any more money on legal fees,” Ms Gibson said. “At the time when local government is under scrutiny, we should be being very diligent about the choices that we’re making.

“If Woollahra is already taking action wouldn’t it be cleverer to sit back and watch to see before we jump in ourselves?”

Taking on the state government could be a real risk for councils. Government News understands that Mr Baird has said he will seek court costs from the councils involved, if he wins.

“The word is that they have very little chance of success,” Ms Gibson said. “I’m sure that Mike Baird and his team have consulted their own senior counsel before they embarked on this mission. We are being terribly politically naïve if we think that Mike Baird hasn’t got a team of lawyers onto this. He will avail himself of Sydney’s best legal talent.”

She said it was “not a smart idea” to antagonise the State Government in court.

President of the Local Government Association NSW Keith Rhoades said he thought there was a possibility that Woollahra could win its case.

“They have got very strong community support in Woollahra and a very strong case to stand alone,” Mr Rhoades said.

However, he said that if the government parachuted administrators into councils their first instruction could be to tell the administrators to halt any legal action against the state.

Mosman Council is also understood to be seeking legal advice on whether it too can join Woollahra’s legal challenge to derail the NSW government’s council mergers plans.

On Tuesday Leichhardt Council a Labour/Liberal alliance fought back an attempt by the Greens and Independent to join the Woollahra challenge.

Independent councillor John Stamolis said he was disappointed the motion had been lost.

“I supported a legal challenge because there’s strong feeling amongst the community that there is no rigorous and justifiable evidence to warrant the amalgamations. This is what our communities are saying to us.”

“Certainly, nobody wants to lose a case but this is about the future of local democracy at stake here.”

Mr Stamolis said that if the proposed Ashfield-Leichhardt-Marrickville went ahead it would likely be a Labour council.

He said that if it was a valid challenge to the minister’s powers or the Local Government Act it was worth it.

“We want to make sure that the minister isn’t overstepping his powers.”