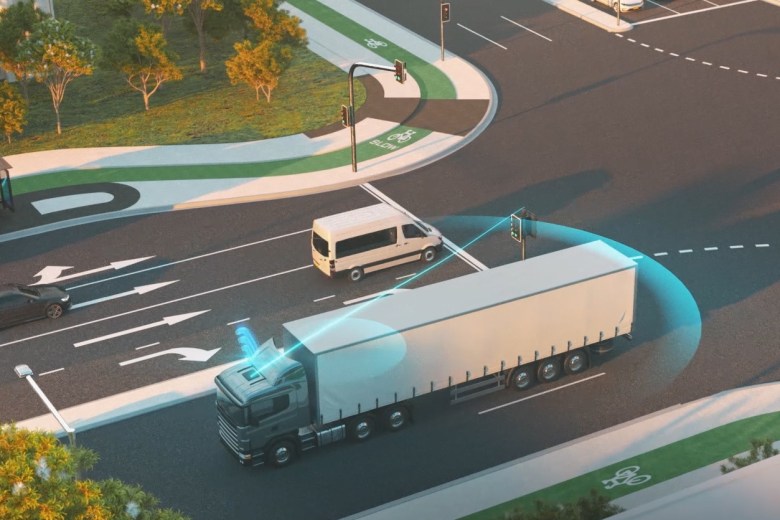 In a bid to tackle growing congestion, the NSW Government is introducing technology that will soon see trucks interact with traffic lights to gain priority on key freight routes.

A three-month trial of the technology, which got underway on Sunday, could reduce the number of times trucks stop at traffic lights, potentially easing delays for all motorists.

Oncoming participating heavy vehicles will send signals to traffic lights on freight routes in Pennant Hills, Parramatta and King Georges, which will delay an orange and red light for trucks to allow them through.

During the trial, the government will track vehicle travel time, speed, time to stop and start, fuel consumption and emission estimates, with the results evaluated to determine effects on congestion.

Minister for Roads, Maritime and Freight Melinda Pavey said the technology is an efficient means of targeting congestion, given the likelihood of delays caused by trucks.

“Heavy vehicles take a long time to stop and start, which can cause delays for all road users,” Ms Pavey said.

“This trial will detect a heavy vehicle approaching traffic lights and provide more green time, which will hopefully show us how we can ease delays for all motorists.” 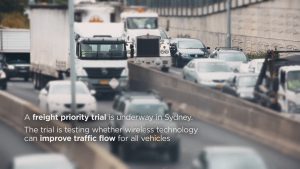 The trial follows an existing connected vehicle system that grants priority to late-running buses in Sydney.

Ms Pavey said the government hopes the technology could be ultimately used with emergency vehicles and buses.