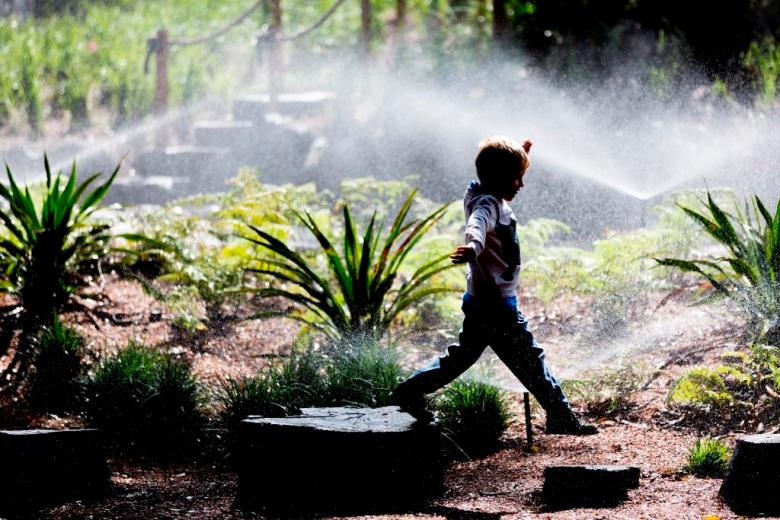 Cutting-edge government parks and play spaces have been recognised in awards.

A plan for the parklands in Greater Sydney’s new Parkland City and a ‘wild play garden’ in Centennial Park among the government projects recognised in major architecture awards.

A “grand vision” guiding the implementation of Southern Parklands, the open space and recreational heart for the Parklands City, has been hailed for its ability to offer diverse and exciting experiences for the area’s growing population.

The Australian Institute of Landscape Architects NSW Chapter recognised The Southern Parklands Vision 2036 in the landscape planning category of its recent awards.

The award’s judges said the plan embodies a series of principles that “were based on a rigorous assessment of the open space values and the scenic, environmental and heritage qualities of the landscape.”

“The principles guide the future implementation and management of the parkland and the adjacent development corridor. It establishes precincts that offer diverse and exciting experiences for the regional and local populations; the distribution and interaction of uses; and the relationship to existing and future urban communities and infrastructure projects,” they said.

The plan also emphasises the need to positively address new communities to the west with potential for a higher level of urban density and activity adjoining the park edge, and an integrated approach to neighbourhood centres and transport corridors, the judges said.

The plan was developed by Turf Design Studio and Environmental Partnership for Parramatta Park and Western Sydney Parklands Trust.

Western Sydney Parklands was also recognised for its Bungarribee at Doonside, a new public park in Western Sydney that “artfully combines recreation, culture and environment.”

The judges praised the project, by JMD design, for utilising the striking landscape of grasslands and distant views “inherited from its cultural, pastoral and industrial past.”

“These existing landscapes are framed by new large-scale windbreaks. Two carefully crafted precincts offer very different experiences within the existing landscape. These new spaces cater to a range of users including large and small groups of picnickers, dog walkers, walkers, joggers and families visiting the playground,” the judges said.

Another park recognised in the awards was City of Sydney’s Matron Ruby Grant Park, which the judges awarded a prize for its “excellence as a civic design.”

The project, by Sprout Landscape Architecture in collaboration with CAB Consulting, managed to enrich the surrounding public domain, the judges said.

Water, which is a playful feature of the park, is an integral part of the storm water management, a key element in an “exquisitely crafted water basin” and as bubblers that were part of the design.

“The seamless integration between the park, the architecture the public domain and the other related public artworks was really the most admirable aspect,” the judges said.

In the play spaces category, The Ian Potter Children’s Wild Play Garden at Centennial Parklands was celebrated as “an extraordinary achievement.”

The judges said the ASPECT Studios project for the Botanic Gardens and Centennial Parklands merged play elements with the landscape setting, “creating a journey of discovery for children and their families.”

“The inventive play elements are made of natural materials. They include a tree house and climbing structure with a slippery slide, water-play ponds and fountains, bamboo tunnels and maze-like spaces, timber beam balance structures.”

The rich and diverse planting that define the sequence of spaces is layered to give a sense of enclosure and changing perspectives for small children and adults, the judges noted.