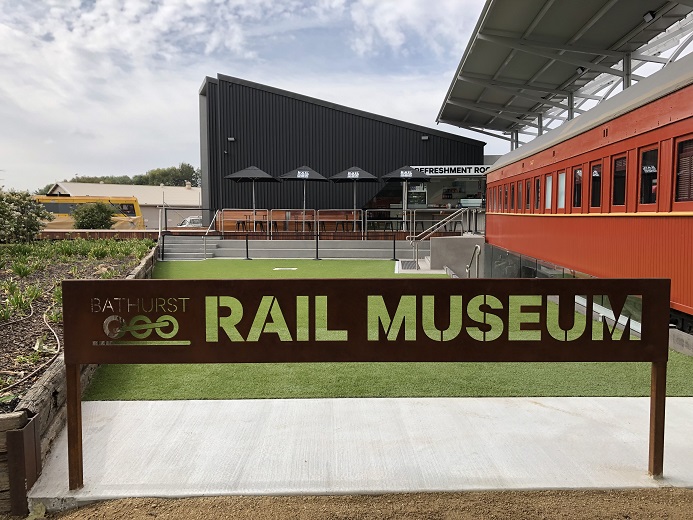 Bathurst's new museum tells the story of its rail history.

A new museum in Bathurst tells the story of its rail history and fills a hole in the town’s cultural story.

Bathurst Rail Museum opened in February this year and is housed in the Railway Institute Building, which was built in 1909.

Ben O’Regan, coordinator of Bathurst Rail Museum for Bathurst Regional Council, said the museum pulls together all the threads of the impact of railways in Bathurst and the wider central west area.

“Bathurst has always been a railway town, so it’s very much a part of our history,” he told Government News.

“And when the opportunity came up to tell the story, we realised that there was nowhere else that was telling that story succinctly.”

That opportunity came up when Council was approached by a local resident.

“(He) had this incredibly large model railway of the western area and he was selling his property and needed somewhere to house it and wanted to share it with the public,” Mr O’Regan said.

Council accepted it as a paid cultural gift donation and spent the next two and half years planning the museum and engaging with the community.

“We had professional consultants that were engaged to undertake a degree of research about our history, and then we actually went out into the community and asked them for their stories,” Mr O’Regan said.

Out of that process, Council discovered that it didn’t have a lot of information about the interiors of the Railway Institute Building when it was in everyday use.

“And when the opportunity came up to tell the story, we realised that there was nowhere else that was telling that story succinctly.” – Ben O’Regan

Back in the 1930s, about a third of the male population of Bathurst was employed by the railways, he said, and many residents have had fathers, grandfathers and uncles who worked on the railways.

Construction of the museum took 18 months, however, this was not without its challenges. About a third of the museum was in a renovated state heritage-listed building, which delayed Council’s plans.

This was resolved by the firm that Council worked with, which had a track record for working with heritage-listed buildings and they were able to negotiate that compliance part to come up with a better project.

The museum has been well received by the community, with some commenting that it stood equal with museums around the world.

“We had a little 4-year old boy walk in in amazement and his comment was “Wow, I could stay here for days”,” he said.

“It’s a bit of a funny thing but we actually measure success in tantrums. If we don’t get two or three tantrums a day we’re disappointed, and so far we haven’t been disappointed.”

By tantrums, he is referring to children who don’t want to leave the museum.

When Council was planning the museum, one of its outcomes was to boost tourism to the area. Bathurst Rail Museum is now the fourth museum in the town.

“It takes you from ‘You can squeeze it into a day trip’ to now it’s definitely an overnight stay,” Mr O’Regan said.

“It’s a bit of a funny thing but we actually measure success in tantrums.” – Ben O’Regan

Despite restrictions surrounding Covid-19, Council saw an increase of travellers to the area in the recent school holidays, with about two thirds of visitors from Sydney. Most travellers stayed overnight.

However, the pandemic did put a damper on Council’s plans for the museum, with it having to close a month after opening. It reopened in June.

“It has restricted us slightly in some of our activities, but fortunately the site is big enough. Unlike other venues, we’ve been able to go back to about 90 per cent of operations,” Mr O’Regan said.

Council was the winner of the 2020 Leo Kelly OAM Arts and Culture Award in the Projects category for its museum project. This was announced in August.

“This project is an adaptive re-use of an historic building which has shown innovation to provide a different point of view for residents and visitors,” said the judges in their comments.

“It is likely that most councils will have buildings and land that have a history or potential to tell a history if such innovation was replicated.”

The next plans for the museum include developing a program of visiting contemporary exhibitions and, as restrictions surrounding Covid ease, Council will launch more community days and events on the site.