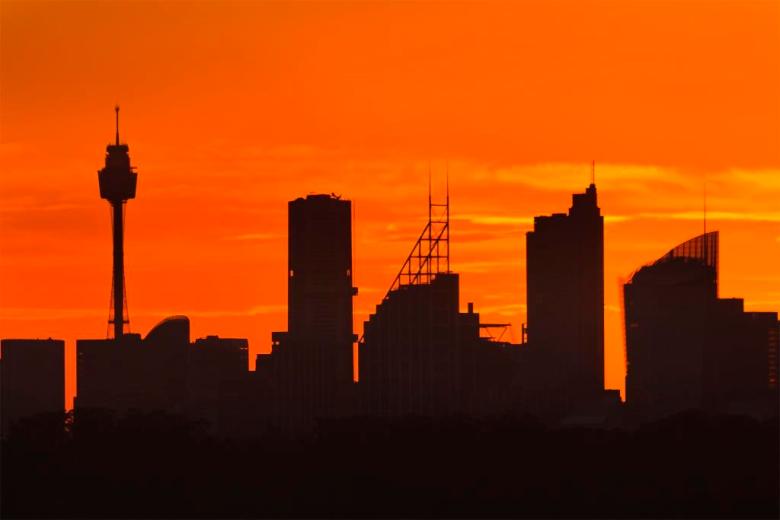 Heatwaves injure and kill more people in Sydney than any other shock event: assessment.

Infrastructure failure, the collapse of financial institutions, terrorist attacks and digital network failures are all identified as potential “acute shocks” facing Sydney but its heat that presents the greatest threat to Australia’s most populous city, according to a new assessment.

Since 2015 Sydney and Melbourne have been leading local governments, businesses and community groups in the development of a resiliency strategy for their cities, through their involvement in the 100 Resilient Cities initiative.

The Rockefeller Foundation-backed resiliency program helps cities develop and implement strategies to survive and recover from key contemporary challenges such as urbanisation and climate change.

“More people end up in hospital and more people die as a result of extreme heat in Sydney than any other shock event that we’ve had to date,” she told the Sydney audience.

The assessment drew on the World Economic Forum’s risk list, a review of 50 past shock events in Australia and New Zealand, and the key incidents that occurred in the 25 South East Asian cities participating in the program, she said.

It was also informed by community consultation across Sydney in which communities nominated their chief concerns.

While Sydney has a diverse population – with 39 per cent of adults in the city born in another country – there was “huge commonality” across the different regions in terms of what citizens were concerned about.

“We were expecting lots of diversity in the views during the different workshops, but when it came to being safe, to talking about the things we valued, the priorities were the same across the city,” Ms Dawson said.

Aside from sudden shocks, the risk assessment also identified Sydney’s key stresses – the slow burning, long-term issues that can cause major harm if left unaddressed.

Health issues, in particular chronic disease, topped that list, as they added pressure to an already stretched health system and left the city vulnerable to shocks such as a heatwave, Ms Dawson said.

“In Sydney, more than half of adults today are overweight and obese. On top of that, one in four will have mental health issues in their lifetime which will impact their workplaces, family and friends.”

Drug and alcohol is the biggest driver of police time across the city and has an ongoing impact on family violence, she added.

Social cohesion was nominated as an issue of concern by the community, yet it did not rate in conversations with government and the private sector, Ms Dawson said.

The risk analysis had guided conversations among the 33 councils and the state government agencies involved in the project about the allocation of resources against key risks, as well as the roles and responsibilities of stakeholders, she said.

The city’s resilience strategy, which has been more than two years in development, is being finalised for a July release and will outline five directions for action.

To boost community preparedness, the project will aim to encourage 100,000 Sydney residents to download and use a new Red Cross app, Get Prepared.

It’s also looking at economic resilience assessments for key CBDs, which would involve eight local governments, and working to maximise governments’ various social cohesion programs given the importance of community in responding to disasters.

“The more connected a community is before a disaster, the better they respond and recover. It’s the single most important protective measure,” Ms Dawson said.

Given private corporations deliver many of the large city systems in Sydney, the project is also seeking to work with 100 businesses on how they manage shocks and stresses, she said.