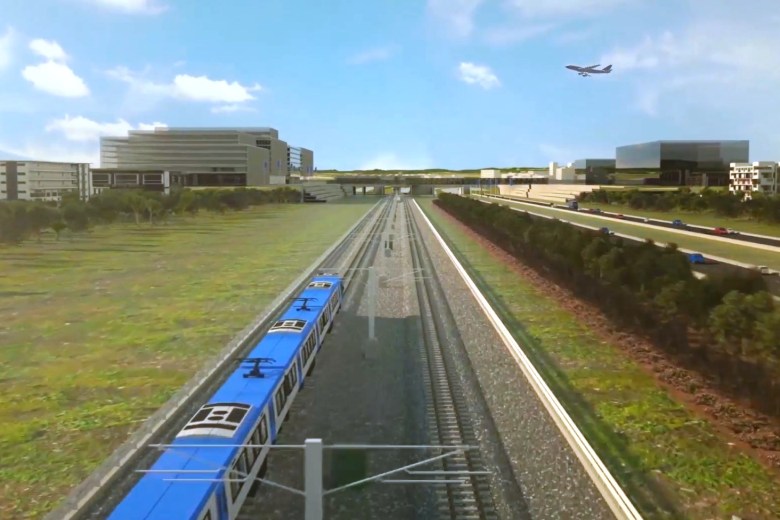 The Federal and NSW Governments, together with eight local councils of Western Sydney, have signed the Western Sydney City Deal, a 20-year agreement between the three levels of government.

The plan to create a new “Western Parkland City”, which was signed on Sunday, contains commitments from all levels of government across six domains that include connectivity, jobs, education, housing and livability.

The Commonwealth and NSW government committed to deliver the first stage of the North South Rail Link from St Marys to Badgerys Creek via Western Sydney Airport, with a rail connection to the new airport planned in time for its opening in 2026.

To boost employment in the region, the three levels of government will collectively establish a “Badgerys Creek Aerotropolis” as a city precinct to support jobs growth.

The Federal Government will enable the development of 114 hectares of Commonwealth land at North Bringelly for the new precinct, which will be master planned and developed by a new Western Sydney Development Authority.

An agribusiness precinct will also be established to leverage the airport by providing new domestic and export opportunities for NSW farmers.

Together the aerotropolis and agribusiness precincts will create 200,000 new jobs, according to the plan.

Within the skills and education components, a new Aerospace Institute, a permanent vocational and educational training facility and a new public high school will be established within the aerotropolis precinct.

On the environmental features of the plan, the federal and NSW governments will each provide $60 million, with $30 million from councils, to establish a Western Parkland City Liveability Program.

“Projects funded will deliver improved community facilities and urban amenity, and enhance liveability to enable and complement new housing supply,” according to the plan.

The South Creek corridor from Narellan to Hawkesbury has been identified as an important environmental spine for the Western Parkland City and a strategy to investigate its restoration and protection will be developed by the state government.

The Western Sydney City Deal is part of the Turnbull Govt plan to turn Western Sydney into an economic powerhouse. That's why we're building a new airport, rail line, roads, education and community facilities. Only the Coalition has a plan for Western Sydney. @thepmo pic.twitter.com/l0rSZMt4cJ

In the planning and housing component, the NSW Government said it will set and publish five and 20-year housing targets for each local government area to deliver at least 184,500 homes over the next 20 years.

The Federal Government has said an implementation plan for the Western Sydney City Deal will be released this year, which will provide further detail on the delivery of commitments, including timeframes. Progress reports on the deal will be published each year, it confirmed.

Responding to the deal’s signing on Sunday, Western Sydney University Vice-Chancellor Barney Glover praised the governments for the commitment to transform Western Sydney into a thriving region of technological innovation, research and commercial enterprise.

“Smart cities are connected cities – ones that make the exchange of ideas, research, expertise and enterprise easy. This plan prioritises those connections and world-class education is pivotal to making it a reality,” he said.

Detailed documents on the plan’s components are available here.

If you have a news story or tip-off, get in touch at info@www.governmentnews.com.au.