Council amalgamations in NSW have created a revolving door of staff as new councils struggle to hold on to their general managers.

The game of management musical chairs has gathered pace recently and many of those parachuting belatedly into the top jobs have been from NSW Premier Mike Baird’s Northern Beaches stomping ground.

Hart spent ten years as one of the state’s highest paid GMs during his tenure at Warringah Council before the council merged with Pittwater and Manly and he was appointed Deputy GM of the new Northern Beaches Council, which turned out to be a brief gig.

Chan’s reasons for resigning have been kept on the down-low, although she cited “personal reasons” but bringing three councils together while keeping the new council’s daily operations going and dealing with fierce public hostility to the merger would not have been an easy task. Chan was previously GM at Ashfield Council and had notched up more than 15 years working in local government.

The freshly minted Northern Beaches Council has haemorrhaged senior staff since the merger between Pittwater, Manly and Warringah was pushed through in May.

The mass exit is unsurprising given the council was top heavy at its inception, with an administrator, interim general manager and eight deputies.

Henry Wong quit as Deputy GM and ended up as Strathfield Council’s acting GM after spending years in the same role at Manly Council.

Other senior managers dropped in from the Northern Beaches and scattered further afield include former Warringah Council Deputy General Manager Malcolm Ryan, who left for Western Sydney to take up a job as GM at Cumberland Council – an amalgam of parts of Auburn, Holroyd and Parramatta local government areas, a contract which runs until March 2018.

CEO at Local Government Professionals Australian NSW, Annalisa Haskell said some senior managers left before they lost their jobs or had to work in a new set up they did not like under a merged council.

She said that movement at the top was “inevitable” following council mergers, particularly because merged councils would be creating a “new order”, which may jar with established staff.

“The leadership needs to establish a new organisation and that can be challenging if you have got the incumbents there. Change is always difficult. In any organisation there is a positive and negative.”

The situation had the potential to create conflict between general managers and their deputies, most of whom had served as GMs before the mergers. 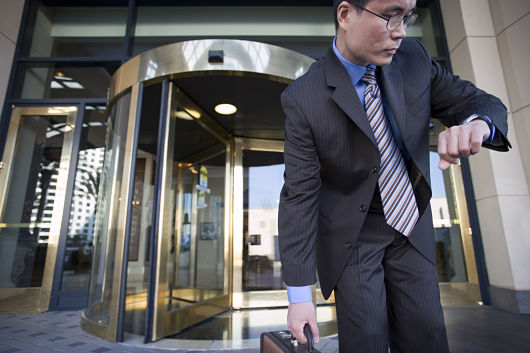 Instability at the top has also affected those councils threatened with amalgamation but who have not yet merged. Their respective general managers are well aware that their necks are on the guillotine.

Arthur Kyron left his GM post at Waverley Council in April, citing the uncertainty created by mergers as the reason for his resignation. A proposal to merge Waverley, Randwick and Woollahra is still on the table, with Woollahra resisting. One interim GM would be appointed to oversee the transition.

Cabonne Council lost General Manager Andrew Hopkins in August after four years in the job after Hopkins said he had to think of his family and career while the merger between Cabonne, Blayney and Orange was still going through the courts.

Strathfield Council is on its fifth Acting General Manager (Henry Wong) since its long-serving General Manager David Backhouse walked out the door in February. The council remains locked in a court battle resisting the government’s proposal to merge it with Canada Bay and Burwood Councils.

But their departures may not have been solely precipitated by amalgamations.

An October 2015 Office of Local Government investigation found that Strathfield Council spent almost $900,000 on legal services and advice from International Property Group over a four-year period and concluded that it had little to show for it.

The investigation identified ‘systemic deficiencies’ and failures in administration and slapped a performance improvement order on the council.

Not even the lower north shore has proved a safe haven for general managers. The state government’s proposal to merge Mosman, North Sydney and Willoughby Councils is likely to have created a sense of unease among the people who work there.

Mosman’s GM Veronica Lee chucked in her job in August and left to become Executive Director of Corporate Service at the NSW Office of Sport. North Sydney GM Warwick Winn jumped ship for Manningham Council in suburban Melbourne in April.

President of Local Government NSW Keith Rhoades said he was aware of a great deal of movement at senior level within councils, much of it due to the uncertainty created by mergers.

“They’ve got to think about their families and their futures and their careers, if there’s a position come up that might be more secure for them. Job security is something to be treasured these days,” Rhoades said.

Haskell agreed: “When you’re in a state of unknown it’s always hard so I guess some people are changing to make active decisions about their careers. I think you would see more movement there just because of the uncertainty.”

Some managers have left councils under threat of merging for those that have already gone through the process. Haskell said: “there are opportunities coming up in merged councils for people who may be want surety.”

Lee Furness hotfooted it out of the doors as Director of Corporate Policy at Shellharbour Council (slated to merge with Wollongong) this month to become Executive Director at Hilltops Council.

There was a possibility the sector could lose skills and corporate memory but she said this was part of a wider trend with the retirement of baby boomers at senior level.

Another fear was that the sector could become fragmented into three: councils where there had been no change, amalgamated councils and those councils which might be merged.

“Although there were lots of little councils before it was quite cohesive,” she said. “It feels a little bit more fragmented at the moment. We have people who are not changing that are stable, groups that are waiting and people who have changed. It’s very abnormal at the moment.”

Haskell said councils were stronger when they connected and shared best practice.

5 thoughts on “Best of 2016: Musical chairs at the top for NSW local councils since mergers”