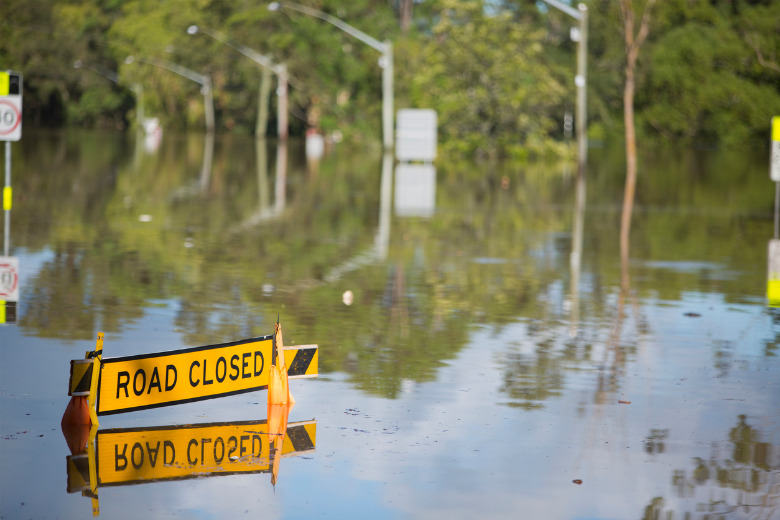 Disaster assistance payments of up to $1 million per council are available to NSW local government areas.

A massive clean-up is underway across NSW as special disaster funding was announced for more flood-affected councils.

A total of 45 LGAs in NSW will now receive disaster assistance payments of up to $1 million per council via the jointly funded Commonwealth-State Disaster Recovery Funding Arrangements (DRFA).

The funding can be used by councils to help people whose homes or belongings have been damaged and clean up and restore damaged essential public assets.

One of the eligible councils, Northern Beaches, faces a major operation after the LGA faced flash flooding and residents were told to prepare to evacuate after Manly Dam spilled.

Mayor Michael Regan says the priority now is the safety and wellbeing of residents and businesses.

“Across our entire region we have seen extensive damage and while we are thankful to have the rain ease, the clean-up and recovery process we are faced with is significant,” he told Government News.

“At this stage we are seeing huge efforts in the community to get on top of the clean-up and we are encouraging everyone to help their neighbours.

“We welcome funding from State and Federal Governments which will help us with the clean-up task and to restore essential infrastructure, including our local roads and stormwater network.”

Council’s road network has been impacted by potholes, trees and landslips and it is working to reopen roads as soon as possible.

Over 20 land slips have been reported since Tuesday and Council is undertaking site and geotechnical assessments and restoring access where possible.

It is also facilitating additional waste collections for households with flood affected materials.

SES, alongside other emergency crews, are supporting residents with their clean-up efforts.

Council is currently sending out crews to assess and repair damaged roads, facilities and respond to hundreds of requests.

The City of Canterbury Bankstown has also been dealing with potholes, along with fields and boardwalks damaged by rising waters and other infrastructure damage.

“Any financial relief will go straight into cleaning up the mess and repairing the damage this storm has left behind, we’ll also be looking at social benefits to assist the community,” a spokesperson told Government News.

“Our immediate challenge is to repair roads and remove debris and fallen trees, we will also pull together the real cost of this flooding so we can ensure appropriate funding from the Federal and State Governments.”

A Recovery Committee has been established and Council is working with Resilience NSW as it moves forward.

“Throughout the severe weather event, Council’s road crews have attended over 120 after hour callouts, as well as closed more than 80 roads across the Coast, with a number of road closures still in place due to flooding,” Council website says.

It has repaired over 5,300 potholes and continues to undertake proactive inspections and repairs and attend to customer requests.

Safety and supporting the affected community are a priority for Council.

Minister for Emergency Management and National Recovery and Resilience Bridget McKenzie said many residents are still unable to return home.

“This DRFA assistance will help impacted individuals, small businesses, primary producers and local councils to get back on their feet as soon as possible,” she said in a statement.

New South Wales Minister for Emergency Services and Resilience Steph Cooke said that the focus is on providing immediate support and assistance to all residents affected by the floods.

“Today’s announcement will ensure that as all communities move into the recovery phase, they can recover, rebuild and return to a sense of normality as soon as possible,” she said in a statement.

“Right now, our mayors, councillors and council staff are out on the frontlines fighting to save homes and businesses in their communities, including their own,” she said in a statement.

“It’s really, really tough out there, and when the water subsides the hard work of clean-up and recovery begins.”