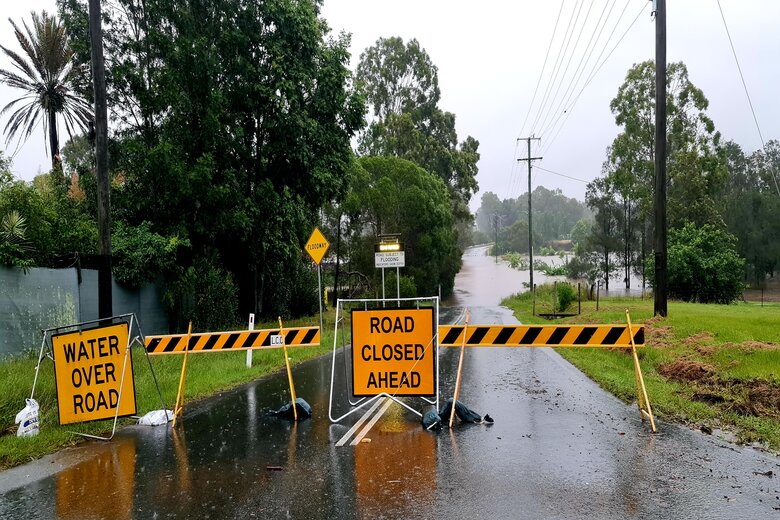 Flood affected councils in south-east Queensland are eligible for special disaster funding as floods and torrential rain continue to hit the region.

As of Monday 17 councils were activated for joint state and commonwealth disaster recovery funding (DRFA) in response to the unfolding events.

Rainfall and major flooding has caused dangerous conditions from Hervey Bay to the Gold Coast and West of Toowoomba and up to 18,000 homes in the south east had been flooded, the state government said.

More than 1,000 roads have been closed or have restricted access, according to Queensland’ Department of Transport and Main Roads.

“This ongoing deluge is causing devastation across many parts of South-East Queensland and through this assistance, affected councils can have comfort in knowing they will be supported to provide their communities with the counter disaster operations required, as well as to restore vital public infrastructure like roads and bridges,” Minister for Emergency Management and National Recovery and Resilience Minister Bridget McKenzie said on Monday.

Queensland emergency services minister Mark Ryan said with rain still tumbling down and catchments and rivers rising, it would be some time before the true impacts of the floods became apparent.

“But in these early stages we’re committed to providing DRFA support to Councils as quickly as we can and will continue to extend as additional information comes to hand,” he said.

Councils closed facilities, opened evacuation centres and worked to provide sandbags to residents and keep their local communities up to date.

On Monday Brisbane City Council was operating two fully staffed evacuation centres for residents amid a major flooding warning for the Brisbane river. It has also cancelled council-operated bus services until further notice.

City of Gold Coast, which experienced flash flooding in the Tallebudgera and Currumbin Valleys, closed all beaches, shut down its waste and recycling centres and established evacuation assembly points for residents, and sandbagging stations.

Residents in low lying areas were being advised to prepare for flooding as a result of days of heavy rain combined with releases from the Wivenhoe Dam.

“We are seeing higher levels of inundation to low lying areas across our city … where some residents needed to be evacuated in the middle of the night,” she said.

An evacuation centre was opened at the Ipswich showgrounds and free sandbags were being made available from council depots.

On Sunday, City of Logan Mayor Darren Power urged the local community to be prepared and take all necessary precautions to stay safe.

“The Logan community is resilient and has been in this situation before, but we need everyone to be vigilant,” Councillor Power said.

“Parts of the city are already isolated and we expect more locations to be cut off.”

“This is as a result of extreme rainfall and flooding washing soil and debris into the creeks and waterways, which flow into the treatment plant,” the authority said.

“The cloudiness in the water has increased by up to 100 times the normal amount.”

A spokesman told Government News the plants were still being brought online on Monday, but all Brisbane residents, as well as those in Logan, Ipswich, Moreton Bay and the Lockyer Valley, were being urged to conserve water.

The Gold Coast Desalination Plant was being used to help supplement supplies and Seqwater was working with its water supply partners, Urban Utilities, Unitywater and Logan City Council to keep people updated.

Seqwater said in a statement on Monday that 2.2 million megalitres, or the equivalent of four Sydney Harbours, had flowed into Somerset and Wivenhoe Dams as a consequence of the current extreme weather event.

Some 150,000 megalitres of this has been released so far “in a slow and controlled way to protect Brisbane,” the authority said.

More information on disaster assistance can be found on the QRA’s website at www.qra.qld.gov.au