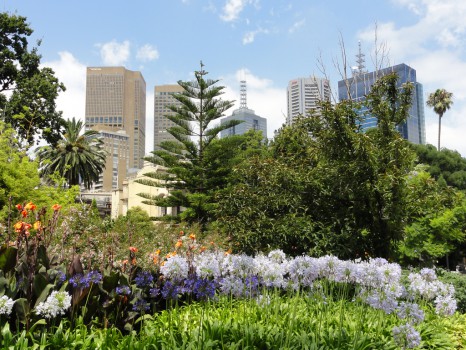 The City of Melbourne has triumphed over New York and Berlin in worldwide contest for creating sustainability programs after the city’s submission won top honours for efforts in retrofitting older buildings to become much more environmentally friendly.

The CBD council was this week awarded the C40 & Siemens City Climate Leadership Awards in London, an accolade that builds on its hard-fought commitment to be zero-carbon government.

The Siemens and the C40 Cities Climate Leadership Group, which is a joint-effort between the industrial technology company and a network of the world’s largest cities addressing climate change, presented the Energy Efficient Build Environment award to the City of Melbourne on the 4th September, 2013.

The gong is the latest in a string of accolades for the City’s efforts to create a “sustainable” and environmentally sound city after the federal government’s independent carbon offsetting authority Low Carbon Australia declared the City to be “carbon neutral” in March 2013 after it met the National Carbon Offset Standard (NCOS).

This national recognition led to the City joining the ranks of other officially “carbon neutral” Australian councils such as City of Sydney, the City of Yarra and Moreland City Council.

Since the City’s “carbon neutral” status was recognised by the federal government, the City upped its efforts to become more environmentally sustainable and meet its goal of achieving Zero Net Emissions by 2020 by pledging an overhaul of its building standards for energy, water and waste efficiency for new construction projects.

In addition to the City’s plan to create environmentally sustainable building projects, it has also been in the midst of retrofitting already established buildings through its 1200 Buildings program, through which the City has provided building owners with knowledge about reducing energy use, saving water and providing finance to retrofit buildings through the Sustainable Melbourne Fund.

City of Melbourne Lord Mayor Robert Doyle said that the City’s “unique” Environmental Upgrade Finance mechanism, using council rates to provide the security for the loan, has been replicated in other municipalities in Australia.

The City expects the 1200 Buildings program to deliver significant economic benefits and it is initiatives such as this that led to the City receiving the recognition from the Siemens and the C40 Cities Climate Leadership Group.

Mr Doyle said the economic benefits will include an uplift of $2 billion and the creation of 8000 jobs.

“Research suggests that the Gross Local Product of the City of Melbourne increased from $58 billion in 2008 to $68 billion in 2012,” Mr Doyle said.

He said employment has received a major boost with 50,000 additional jobs created over the same period.