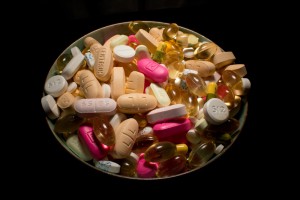 A revived Coalition plan to outsource archaic in-house payments processing technology at Medicare – and potentially claims processing too – has exploded during heated Senate Estimates hearings after the Department of Health admitted it has been working on a stealth payments outsourcing project now in the market.

Both the Health Department and its Minister Sussan Ley this week confirmed the active scoping of a new, commercially provided payments facility for Medicare, a move that had initially been put to the market in 2014 but then appeared to stall.

Specifics surrounding exactly what kind of payments service or outsourced infrastructure Health is shopping for remain somewhat unclear; but what is now known is that a Request for Quotation was quietly issued to eight consultancies including KPMG, Boston Consulting Group, PWC, Ernst & Young and McKinsey.

The quotes are due on Friday 12th February and a decision is expected by the end of the same month.

However the new deal appears to be separate to the initial request for Expressions of Interest (EoI) for commercial services sent out by former Health Minister Peter Dutton.

It is understood that a number of respondents to the initial EoI have been taken by surprise by the revelations of a restricted approach to market as they are still waiting on a response or feedback from the government.

The use of a ‘Request for Quotation’ mechanism also suggests that the government has settled on at least a basic set of technical specifications rather than the more open-ended EoI process.

Concurrently, Health has now created a so-called digital payments taskforce headed by John Cahill, who took the reins in January and has been allocated $5 million and around 20 departmental staff to get the ball rolling.

The raw political sensitivity surrounding the nascent project being linked to the idea of privatising Medicare is acute. Health Minister Sussan Ley on Tuesday raced out a statement declaring that the Turnbull government “remains committed to Medicare” and was only “investigating ways to digitise its transaction technology for payments to a more consumer-friendly and faster format”.

There is understood to be considerable anger within parts of the Coalition over how the issue has been handled by Health, with one adviser saying it was not the first time a health minister had been “thrown under a bus” and that the Opposition had been handed a gift.

Labor has immediately seized on the revelations as proof the Turnbull government is secretly plotting to privatise the universal public health scheme.

The thrust of the Opposition’s attack centres on why Health has been keeping its digital payments efforts under wraps, going so far as to keep its approach to market out of the normally open publication stream of the Department of Finance’s AusTender system – which would have alerted potentially interested parties to the business opportunity – along with Labor and the unions.

“The Turnbull Liberals’ advanced, secret plans to sell off Medicare services could jeopardise the patient data of every Australian and the jobs of 1400 staff at centres all around the country.”

Offshoring health data is political and regulatory strychnine. In July 2014 the Department of Defence tore up a $33 million contract with optical provider Luxottica Retail Australia after it was revealed the company had sent claims data offshore. The risks are real.

A big part of the problem for Ms Ley and the Health Department is that the initial approach to market in 2014 – based on the hardline Commission of Audit – did little to distinguish between buying-in now commoditised electronic payment services (to put money like refunds into bank accounts) and wider Medicare claims processing and assessment.

The cost and cumbersome nature of Medicare’s payments and claims process have been producing headaches for its political masters, stakeholders and industry for least a decade.

Under the Howard government the cost of conducting an over-the-counter refund for a non-bulk billed doctor’s visit was pegged at about $10 – a figure that often equated to as much as 30 per cent for a refund of $30 for a $50 doctor’s bill.

Put more simply, in the worst cases, Medicare has been paying out as much as 30c for each dollar it refunds, whereas commercial payment services normally charge a capped flat fee per transaction plus whatever a bank might layer on top.

Medicare is also no stranger to technology outsourcing. In 2012 the agency finally scrapped a 12 year deal with IBM to maintain its legacy mainframe infrastructure and transferred its systems onto the Department of Human Services’ infrastructure in an effort to consolidate the welfare system’s costly technology base.

A key question surrounding the present fracas over modernising Medicare’s payments systems is why the agency and its parent Health Department now appear to be separating development efforts away from Human Services, which itself is scoping for a core payments technology overhaul estimated by former Treasurer – and inaugural Human Services Minister – Joe Hockey to cost at least $1 billion.

At the end of January Human Services revealed it had recruited the National Australia Bank’s transactions and deposits chief, John Murphy to take on the recently created role of Deputy Secretary in charge of the Welfare Payments Infrastructure Transformation Services project.

Given a big part of the policy intention behind Human Services portfolio was to create a more centralised customer experience for welfare recipients, logical cost and structural questions arise out of any new bifurcation.

Another known concern is about Health’s sometimes chequered execution record surrounding technology, especially its management of the repeatedly delayed Personally Controlled Electronic Health Record where problems prompted a near walk out by doctors and the Australian Medical Association.

In the interim, Health Minister Sussan Ley is reaching for the fire extinguisher and insisting – like several Health Ministers before her – that Medicare’s systems need to evolve and become more usable.

“This is why the Department of Health is investigating ways to digitise its transaction technology for payments to a more consumer-friendly and faster format,” Ms Ley said, adding the now obligatory reference to ensuring the government is embracing “innovation and is agile and responsive to changes in the digital economy.”

“This work will be undertaken with the assistance of business innovation and technology experts, to determine the best and most-up-to-date payment technologies available on the market for consumers and health and aged care service providers.”

The Community and Public Sector Union (CPSU), which represent Medicare’s employees, isn’t having a bar of it and immediately accused the government of harbouring “secret plans to privatise Medicare, putting the highly sensitive medical and financial records of all Australians into private hands.”

“Privatising Medicare payments would mean that when you need to lodge a claim, that personal information would be handled and processed by a private company, with the data possibly being sent overseas,” Ms Flood said.

“This privatisation could threaten thousands of jobs, particularly in regional Australia. It’s privatisation by the back door. It’s the beginning of the end of Medicare as we know it, opening the door to the privatisation of other public services as well.”

The Health Minister responded in kind, branding the offshoring and outsourcing claims as scaremongering that demonstrated “their focus is on politics over patients.”