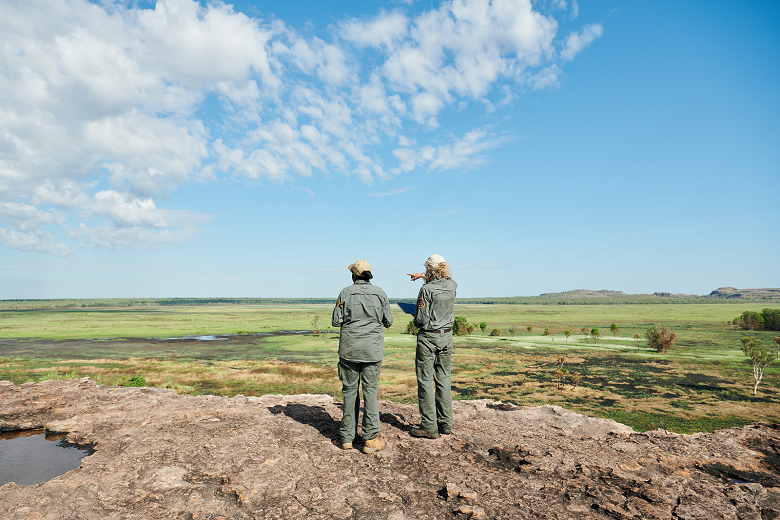 Artificial intelligence combined with traditional knowledge is helping in the management of Kakadu National Park.

Kakadu, which is jointly managed by traditional owners and Parks Australia, has entered a partnership with software giant Microsoft and CSIRO using drones to capture video footage, which is then analysed by Microsoft’s CustomVisionAI.

The results are made available to rangers through a dashboard designed in partnership with traditional owners.

The project is focused on removing para grass, an aggressive and fast-growing weed that is displacing native plants and reducing habitats for magpie geese in the park.

“We’re able to go out and collect data during times of the year that we wouldn’t have been able to get onto the flood plains using the traditional sort of approaches,” he told Government News.

The data is also delivered to traditional owners and park rangers a lot quicker, enabling them to analyse and interpret it almost in real time.

Mr Douglas says the technology also makes data collection safer because rangers aren’t put at risk of crocodile attacks and other dangers on the floodplains.

Lee Hickin, National Technology Officer at Microsoft Australia, says the information collected for the project is made available on GitHub to support adaptive co-management on Indigenous lands worldwide.

“The reason that we saw great value in this is … because we can help build technology that could then be amplified out and given to a global community of researchers and indigenous communities; that was something for us that was really unique,” he told Government News.

Kakadu National Park would ultimately like to see better weed management come about from this project.

Cathy Robinson, Principal Research Scientist at CSIRO, says the project didn’t begin as an AI project, but AI became part of the solution.

The project chose processes that fit with the way traditional owners and park rangers manage the park on the ground, and uses indicators that would normally be used to measure the health of the flood plain, such as magpie geese numbers.

“Magpie geese is a great indicator of the health of those wetlands, and so numbers of those magpie geese could be tracked throughout the year,” she told Government News.

Ms Robinson and her team also took into account the changing seasons by collecting data during different times of the year.

“(The) key to that was allowing artificial intelligence to combine with Indigenous intelligence as well as park know-how of what was going on on that ground,” she said.

“So it’s a really great way of making sure that we could let indigenous knowledge sit next to artificial intelligence to inform those adaptive approaches to care for this land.”

The input of traditional owner and park rangers is an important aspect of this project, she said.

“There’s no point us plonking AI or any technological solutions onto indigenous people who might just think ‘well, this is not what we own and this is certainly not empowering us’,” Ms Robinson said.

“The whole design of this is that it was indigenous led and indigenous inspired, and that knowledge and benefit was at every single step of the way.”

The next step for this project is to follow up on the ground work to ensure that weeds don’t return, and to scale up the project.

“For us it’s about looking at how we scale up because there’s now resources available. As a result of this demonstration, resources are now flowing for us to be able to roll this out at a broader scale,” Mr Douglas said.