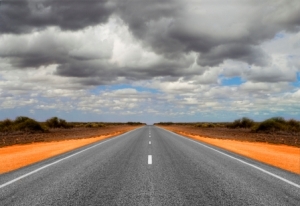 The West Australian Government has allocated $6.3 million for road funding in its Budget. Image: iStock.

West Australian councils have welcomed the State Budget commitment of $6.3 million in road funding but are disappointed that the Government failed to allocate funding for the grain freight rail network.

“Given the economic outlook, it is encouraging that some effort has been made to ensure that key infrastructure in local roads is not overlooked,” Cr Mitchell said.

“Local government manages the construction and maintenance of 72 per cent of all roads in the State for which it receives 27 per cent of revenue from motor vehicle registrations.

“Ensuring that revenue from vehicle registrations keeps pace with increasing costs is critical to local government and the adjustments detailed yesterday go some way to assisting with that.”

However, Cr Mitchell said councils would be “disappointed” by the State Government’s failure to provide additional funding for grain rail transport or to cover the costs of transport reform.

WALGA predicts that an upgrade to the grain freight rail network will prevent 300,000 trucks from being added to the state’s roads each year.