A newly merged Western Sydney council appears likely to outsource all of its waste services and close up to three swimming pools, possibly before any councillors are elected next year.

Cumberland Council, formed out of Holroyd and Auburn Councils and part of Parramatta Council, seems to be leaning towards moving all of its waste services into the private sector and shutting down some of its older aquatic facilities as two new aquatic centres come online.

Administrator Viv May commissioned two reviews on the council’s waste and recycling collection and on its swimming pools since the council came into being in May and these will be discussed at tonight’s (Wednesday) council meeting.

While multiple policy options have been canvassed in the reviews outsourcing and asset consolidation are the options recommended by the reports, apparently written by council staff and consultants.

The waste review suggests a decision is imminent, with new contracts expected to start in November next year, just weeks after local government elections in September.

Former Holroyd Mayor Greg Cummings, who sits on the council’s Local Representative Committee, said the new council appeared to be rushing changes through before councillors or residents had their say.

“My take on it is the Administrator was primarily there to make sure that the new council kept operating as efficiently and as effectively as possible and obviously any major changes should be left until the democratically elected council comes into operation after the election,” Mr Cummings said, adding that it was all part of the state government’s plan “to have everything their way.”

He said outsourcing waste collection would affect council staff, who also lived in the area, and the report was deliberately written to favour the private sector taking over the operations.

“What’s the rush? We’re talking about some of the major infrastructure in a council. Why charge ahead when the review could be done so that the new elected council has detailed information and then they can make a decision?

“One can only wonder that it has been carried out deliberately so that the Administrator can lock in as many decisions and hamstring the incoming elected council.”

A representative from the Save Our Councils Coalition (SOCC), a community group against forced council mergers, agreed that a council led by an administrator should not make major decisions about future services.

He pointed to a Department of Premier and Cabinet document, Managing Change: Guidance for Key Staff (May 2016), which makes it clear that the big decisions are supposed to be on hold until councillors are in place.

The cabinet document says: “By September 2017 a report should be prepared for consideration by the new council. This report should include recommendations on the approach to establishing consistent services, including service levels for priority operational areas.

“Importantly, the governing body should not make decisions which would reduce services or service levels within Phase 1 [defined as being up to the elections next year]. Decisions about future service provision must be made by an elected council.”

It also states that that the main focus for new councils should be on service continuity.

But the council’s Administrator Viv May said that he did have the authority to make such decisions.

“When council was proclaimed, administrators were appointed by the State Government to serve the same role as mayors and councillors. Cumberland Council is operating business as usual and will make decisions accordingly.”

The Department of Premier and Cabinet was contacted and asked if the council’s Administrator was exceeding his powers and contravening the Cabinet’s own advice but would only say: “The matter regarding swimming pools and waste collection is best referred to the council involved.”

Both reviews, particularly the one on waste, also reveal the brain-melting complexity that newly-merged councils face as they attempt to disentangle different levels of service delivery, contracts and staff wages across formerly distinctive local government areas.

The review, Strategic Waste Options Briefing Paper, leans heavily towards recommending outsourcing kerbside waste collection to the private sector, arguing that the council would achieve a 20 per cent reduction in costs through larger contracts and reduced operating costs.

It bases its conclusions on a market test analysis, which compares the cost of waste collection services provided by the former Holroyd and Auburn Councils, which were both in-house, and that of Woodville, a ward which used to be part of Parramatta Council and outsources its rubbish collection.

The report says the analysis “identifies a serious lack of competitiveness of the in-house services against a full contract domestic waste service” and compares the cost of bin-lifts in the different council area, putting Woodville at 95 cents per bin, Auburn at $1.13 and Holroyd at $1.39.

However, the SOCC representative questioned the figures and said: “I find it hard to believe that a private firm would do a bin lift for 95 cents.”

The briefing paper says that keeping the waste contract in-house could incur a cost of about $4.5 million, which would need to be spent on plant – including new waste compactors for Woodville – as well as anticipating wage blow-outs, arguing that it would be expensive to standardise different industrial awards and individual waste agreements across the in-house waste collection services.

“Although the option of maintaining an in-house collection service could offer the path of least resistance, the initial high capital cost to replace external contractors and ongoing higher operating costs would further detract from our market competitiveness,” said the report.

But it also outlines some of the potential risks of outsourcing the council’s entire waste and recycling collection, including juggling different contract end dates and a three-year protection for staff after amalgamation. Council estimates suggest that it could cost up to $1.1 million to make 17 full-time waste services staff redundant or pay transfer payments to a contractor, plus paying out long service and annual leave entitlements. It notes that the council could also get flak by outsourcing.

A working group, comprised of council staff and unions, is expected to weigh up the options and report back to the November council meeting.

Pools are core business for councils. They are expensive to run, repair and maintain but they can also be the jewel in a council’s crown, especially when integrated with other services such as group fitness, wellness centres and therapy pools.

Plans are also afoot to build the Holroyd Regional Aquatic Wellness Centre (HRAWC) at Merrylands Swim Centre, though the funding for this is up in the air.

Cumberland Council is investigating whether some of its pools should get the chop, informed by its Swimming Pools Post Amalgamation Options Study, which recommends: 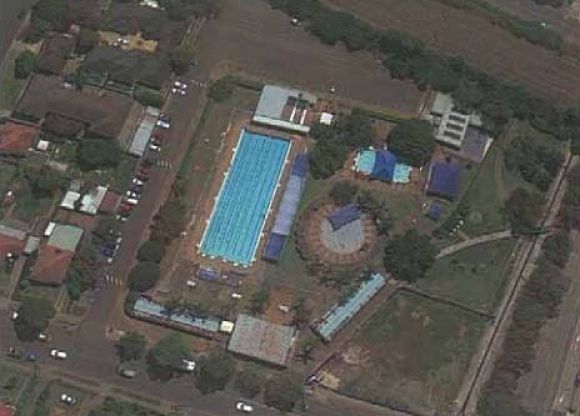 The report, which is due to go on public exhibition for a month imminently, says there is a surplus of older style pools and a falling demand for them.

“In terms of quantity, if both HRAWC (stages 1 and 2) an REAC are developed, all other pools will be surplus to needs”, although it concedes that there made need to be a “trade-off” between cost savings and keeping pools accessible to users.

“Retaining the older pools following the development of both REAC and HRAWC would undermine the viability of the new centres, while also resulting in even loser visits to the older pools.

“Consequently, it is concluded that some rationalisation of council’s aquatic centre asset portfolio is required.”

Government News understands the study was written by consultants and did not involve consultation with council pool staff. 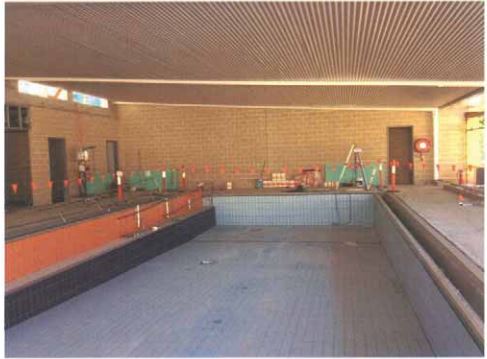 It is not a new discussion. The former Auburn, Holroyd and Parramatta Councils talked about modernising or closing centres for a good few years.

Mr Cummings said it was not the review of the council’s aquatic offerings that bothered him but the haste and the lack of consultation.

“By all means, have the review and then prior to the election have a consultation with the local community and then when the elected council comes into operation but let them make a decision,” Mr Cummings said. “In this undemocratic system there’s no recourse.”

He said Holroyd Council had applied for a federal government grant to build HRAWC and the outcome was still unknown. There was also a possibility a new pool could be built in Parramatta, following the closure of Parramatta Swimming Centre in March next year, which could conflict with any new pool in the Cumberland LGA.

The SOCC representative said the community and councillors should decide whether three pools would close.