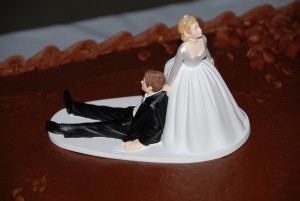 An online survey conducted as part of an Upper House inquiry into NSW local government reform has found that 72 per cent of people don’t want their council to merge.

The numbers are a bleak result for NSW Premier Mike Baird’s Fit for the Future agenda, with 75 per cent of the 795 respondents saying they did not believe amalgamations would improve the financial sustainability of their council and 73 per cent saying they believed council’s services would be compromised if a merger went ahead.

As well, just under two-thirds were unimpressed by the methodology used by the Independent Pricing and Regulatory Tribunal (IPART) that will ultimately determine whether councils have the scale and capacity to stand alone or if they should instead merge with their neighbours come October.

But while two-thirds supported local government reform, 74 per cent of people opposed forced amalgamations, even if IPART said these were necessary.

However, the online survey was voluntary and the age profile ended up being skewed towards older people. Only 6 per cent of respondents were under 30, while a whopping 41 per cent were over sixty. Respondents aged 45 to 59 made up one-third of all of those who replied.

Of course, it could be argued that the over sixties are relatively heavier users of council services. They are also, perhaps, more likely to oppose council amalgamations.

Greens MP and Local Government Spokesperson David Shoebridge said the results showed that the community was not convinced by the government’s push to create larger councils.

“This non-partisan survey confirms that the government has no community support to force council mergers on unwilling communities,” Mr Shoebridge said.

Mr Shoebridge argued that NSW Local Government Minister Paul Toole had not explained the basic features of the government’s reform agenda, such as how big councils had to be, how many councillors they would have and how they would ensure that local voices were heard?

“Communities can’t even get a straight answer from the Minister on whether or not local council elections will be held in September next year,” he said.

“This lack of frankness from the government is reflected in the suspicion survey respondents show regarding the Fit for the Future agenda.

“When the government gives them no answers, communities are rightly concerned that Fit for the Future will come at a real cost to their local services, council performance and local identity.”

“Even the Chief Executive of Local Government had to publically admit this week that she had no evidence to support the notion that forced amalgamations produce lower council rates.”

Key survey findings were:
– 72 per cent of survey respondents did not support their local council being amalgamated
– 73 per cent believed council services would be compromised by amalgamations
– 75 per cent did not believe amalgamations would improve financial sustainability
– 75 per cent thought the current size of their council was appropriate
– 60 per cent do not believe that IPART’s assessment methodology is valid or reliable

The full survey results can be found here:

The last of five public hearings by the General Purpose Standing Committee 6, takes place on August 24.