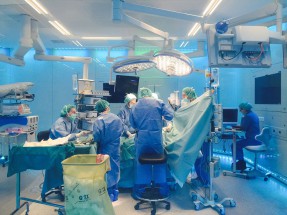 Taxpayers will pour another half a billion dollars into Australia’s badly ailing national eHealth system in the federal Budget almost exactly a decade after Prime Minister Tony Abbott said the scheme would be a failure if it was not up and running in just a year when he held the health portfolio.

After around $1 billion and ten year’s worth of stop-start development, Health Minister Sussan Ley has revealed the government will finally mandate the Personally Controlled Electronic Health Record as an ‘opt out’ digital service rather than patients having to ask for one.

The extra money and mandate for doctors to start enrolling patients is a major win for clinicians and peak bodies including the Australian Medical Association that have long argued a national eHealth record wouldn’t accumulate sufficient take-up unless it was mandated as the default source of information from the start.

In a carefully staged pre-Budget announcement, the big pot of new money for eHealth is being presented as a cash fix for Labor’s handling of the project which saw its development beset by problems while under the supervision of the Department of Health.

“The Abbott Government will deliver a rebooted personalised myHealth Record system for patients and doctors that will trial an opt-out, rather than opt-in, option as part of a $485 million budget rescue package to salvage Labor’s failed attempts to develop a national electronic medical records system,” said Health Minister Sussan Ley.

“Less-than one-in-ten Australians are currently signed up to Labor’s PCEHR system, which is opt-in, with an independent review last year finding this was not a large enough sample to make it an effective national system or worth the time and effort for patients and doctors using it.”

In truth both sides of politics at the federal level have persistently made a hash of eHealth reforms, assisted by the added complication of having to also drag the states and territories along for the ride via the COAG process.

The inability for hospitals and doctors to have a uniform, standardised electronic record and document that contains a patient’s key details and history remains one of the biggest administrative and cost overheads in terms of making healthcare more effective and affordable because of the huge levels of duplication and repetition required.

But progress has been painfully slow. In June 2005 Tony Abbott as Health Minister had visibly lost patience with technology providers and told a group of them gathered at a breakfast that he wanted those receiving care to see a difference in 12 months.

“If patients do not see a difference, we will have failed,” Mr Abbott said, adding that “for too long we have tried to achieve too much. The best is the enemy of the good.”

“In this modern world where technology makes information sharing boundless, there’s no excuse for Australia not to have a functioning national e-health system and that’s what the Abbott Government’s revamped myHealth Record aims to achieve,” Ms Ley said.

“And as a parent of three children, I recognise the benefits of having your family’s personal health information safely stored and accessible to healthcare providers. In the case of allergic reactions or medicine emergencies, having fast access to critical health data could be a matter of life or death.

“As patients, we’ve all been in situations where we’ve had to attend another GP surgery because we were out-of-town or couldn’t get an appointment with our regular doctor. It can be a time consuming and often frustrating experience for patients and doctors alike.

In August 2013 key clinicians staged an unprecedented walk-out from the federal project amid frustrations over Health’s and the National eHealth Transition Authority’s stewardship over the technological development of the platform, prompting crisis talks between the Australian Medical Association and then Health Secretary Jane Halton.

Dr Steve Hambleton, who was then AMA President, was later appointed chair of NEHTA in an effort to get doctors back on board.

“Clinical utility will drive this thing,” Dr Hambleton said. “If we can’t get it from NeHTA let’s get it from somewhere else. We have got a railway line … we just don’t have any trucks.”

Under the latest incarnation of the PECHR, the platform will be renamed the “myHealth Record” and the National E-Health Transition Authority will be replaced with the Australian Commission for eHealth from July 2016.

“A transition taskforce will be established to manage the transition between the two,” Ms Ley said, adding that PCEHR operations and associated governance arrangements would also transition from the Department of Health to the new Commission.

However policy functions for e-health will remain with the Department of Health.

“These governance changes have been discussed with and are supported by states and territories, and will improve the accountability and transparency of arrangements,” Ms Ley said.

2 thoughts on “Ley gets $485 million to resuscitate eHealth”