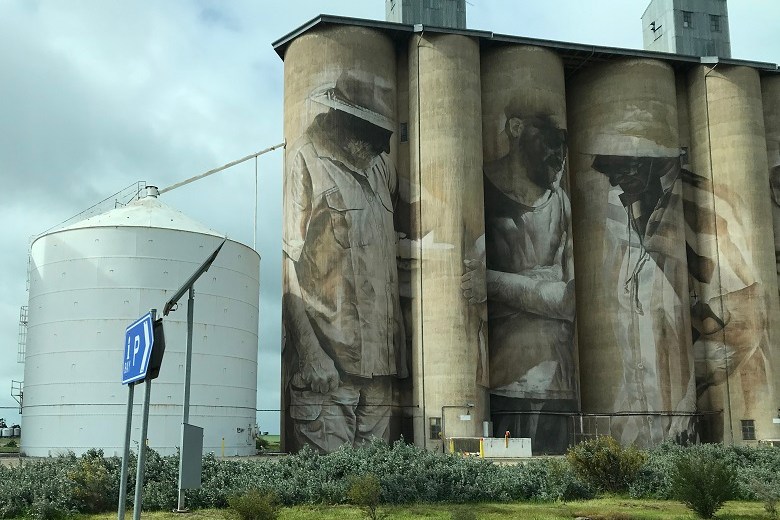 Questions about the unexplained disappearance of a council cherry picker and diminishing stockpiles of gravel and fuel were among the concerns that prompted an investigation into a council in Victoria’s north west.

Victoria’s local government watchdog has since released a report which found deficiencies in management, oversight and governance at Yarriambiak Shire council.

Yarriambiak Shire is located in the Mallee and Wimmera grain region, with the 6,700-strong community concentrated in a number of small towns and scattered through large farming properties.

It is the 73rd most socio-disadvantaged of the state’s 79 councils.

The Local Government Inspectorate looked at a series of allegations relating to mismanagement of council resources at the Hopetoun Depot, including the unauthorised sale and use of equipment.

“Our work focussed on specific allegations where community assets and resources had either not been properly managed or were used to the benefit of individuals, not the community as a whole,” Chief Municipal Inspector David Wolf said.

“The allegations include private works, inappropriate use of council equipment, unauthorised sale of plant equipment and consumables and leasing of staff vehicles by council.”

The Protecting Integrity: Yarriambiack Shire Council Investigation report also criticised poor governance and leadership at the council, saying the greatest enablers of the poor practices identified in the report were staff in senior management.

“The former CEO and senior managers allowed poor behaviours and practices to go unchallenged and did not commit to implementing performance development strategies for themselves or their staff,” the report said.

Payments in cash or kind

The inspectorate said council equipment from the depot was allegedly being used for private work during work hours, with staff being paid in cash or gifts like slabs of beer which were donated to an apparently non-existent “social club” in what appeared to be “an accepted and long-running practice by depot staff”.

Fuel and gravel from depot stockpiles were also allegedly sold to residents.

The report found council employees hired out their own equipment to council without tenders or contracts, including one employee who received  $174,000 for hiring his truck and trailer over a two year period and another who pocketed $457,000 for hiring a water truck to the council over eight years.

Meanwhile, the inspectorate heard allegations that a council-owned cherry picker which went missing in the 1990s was sold to unknown people without council’s knowledge, though it continued to pay for registration and insurance. It remained unclear how the equipment was disposed of, the report said.

Parcels of council land were also sold, including one valued at $35,000 that was sold to a developer  for $16,500 although it had been earmarked for a panel beater as part of a local business growth stimulus package.

As of September 2018, council was owed more than $1.5 million in outstanding rates and “there is no evidence that council has attempted to collect these outstanding debts,” the report said.

The outstanding rates amounted to 12 per cent of Yarriambiak’s revenue, compared to an average four per cent for similar sized councils.

Questions were also raised about the use of insufficient checks and accountability over use of corporate credit cards, and the report noted that council’s four fixed term senior officers had contracts entitling them to termination payments of up to $416,000.

“These conditions are far in excess of what are considered reasonable industry employment separation conditions,” the inspectorate said.

The report said that governance at Council prior to late 2018 was “generally poor and one where individuals relied on others to do the right thing, rather than accept the responsibility themselves.”

It said the shire had been examined by the inspectorate in 2012 and was the subject of 15 subsequent reports, but little had changed until recently.

However Mr Wolf said many of the issues raised in the report had now been addressed and the inspectorate was encouraged by Council’s willingness to improve, and the assistance provided by administrative and operational staff.

Mr Wolf said the inspectorate had come across similar themes in all recent investigations of regional councils.

“What we found in the course of this investigation unfortunately is not unique to Yarriambiack,” he said.

In a letter to the inspectorate mayor Graeme Massey and CEO Jessie Holmes said Council accepted the outcomes of the investigation and gave assurance that “raising the standard of asset and resource management, financial management and of general governance is our number one priority”.

Council was committed to rectifying the deficiencies identified, they said.

One thought on “Integrity report critical of council”