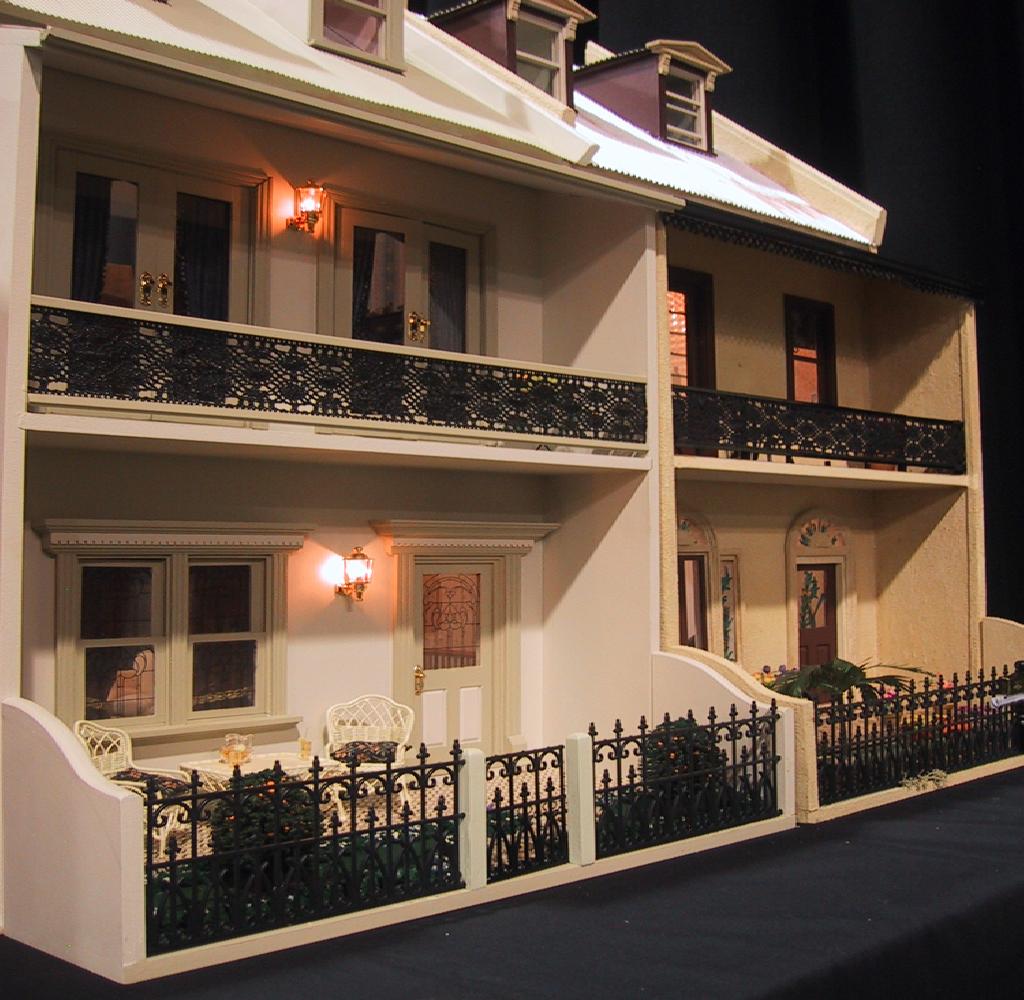 This article first appeared in the June/July edition of Government News.

As demand for affordable homes among low-income earners skyrockets, governments are struggling to address the problems created by an affordable housing shortage, Paul Hemsley reports.

The ideal of home ownership has for more than 50 years been at the centre of the public policy agenda in terms of creating broad based wealth in Australia, but it’s an ideal that’s now getting harder to realise for what should have been the next generation of mortgagees.

Existing owners and investors may well cheer on the steady march north of property prices but there are looming problems for both communities and governments if a new rental underclass created by unintentionally locking out entrants to the market because of rising barriers to entry.

Commonly dubbed ‘housing affordability stress’, the struggle to buy into property is a core economic issue that threatens long term consequences for everything from people’s general wellbeing to government’s capacity to influence the market.

Over the last century, Australians collectively envisaged a comfortable existence largely anchored to notion of owning reasonably-sized house in the suburbs. This so-called ‘Australian Dream’ often underpinned the aspirations of the nation’s broader working and middle classes as they sought to secure a higher standard of living for both comfort and personal security.

However with many lower income earners now increasingly unable to pay for appropriate housing because even modest dwellings are being priced out of their reach, the hunt is on for innovative solutions to prevent a downward spiral in home equity.

Although causes of such problems are complex, they are still mainly influenced by the relationship between local housing and labour markets as well as larger economic, environmental and social forces. Ultimately, Australia’s population is rising, resulting in fewer dwellings being made available in a realistic price range.

The consequences of demand outstripping supply are many ‑ especially for local government ‑ as regional growth areas could be significantly impaired if the housing market isn’t able to meet the demands of new industries popping up. For companies looking to attract employees, it can lead to rental prices jumping from a typical level of $300 to $1,000 a week as well as available overnight accommodation sometimes being block-booked by large organisations.

It may sound like good business, but in such circumstances councils and communities often lose the valuable tourism dollar because motel rooms are booked out by people less inclined to spend locally.

To try and combat such problems, governments have embarked on a slew of subsidy programs including rent assistance, first home owners’ grants, affordable house sales and shared home ownership. Despite such efforts by the Commonwealth and state governments, the problem of affordable housing shortages persists and now threatens to hit the operations of local government, especially where it results in shrinking communities and workforces.

The big rub there is a significant fall in rate-based revenue for local governments – a potential nightmare scenario for the sustainable funding of services and infrastructure.

Compounding that pain is the substantial hit from the federal Budget 2014-15 because of the controversial freeze on Financial Assistance Grants. When the Australian Local Government Association (ALGA) attended the Housing Affordability Roundtable in Canberra in March 2014, the peak body was keen to highlight the extent of the sector’s role in housing and what impact the poor affordability issue is having on communities.

Although the ALGA was present mainly to reinforce the role of councils in land use planning and development, it still stressed to Roundtable participants the roles state and territory governments play in planning, determining land availability and setting fees and charges.

ALGA’s biggest argument is that the states and territories made an even bigger impact than councils on the affordability of housing because the Goods and Services Tax (GST), stamp duties and land taxes are a greater impost on home purchases than council charges. Such fees and charges have emerged as a headache for councils across Australia because they create a wider perception that local government is to blame for making housing unaffordable.

ALGA’s chief executive Adrian Beresford-Wylie bluntly told the Roundtable that the perception “is wrong”. Instead, Mr Beresford-Wylie argued that housing affordability isn’t just limited to land supply or approval times that councils are responsible for because there are many other factors and policies at both state and federal levels that contribute to the issue.

According the Mr Beresford-Wylie, state and territory governments establish the statutory framework for land use planning and development. As a result local government has to work within state planning legislation, something that has consequently led to a “false perception” about local government being the source of housing unaffordability ‑ a view that ALGA wants to change.

“But it’s worth remembering that local government’s roles and regulations and ability to charge fees and levies varies greatly between jurisdictions”.

He suggests that streamlining and adopting best practice for regulations and processes in making fees and charges “transparent” is a worthy objective for local government.

“But abrogating responsibility for meeting community standards in safety and amenity and achieving a balance between the competing interests of individuals and property owners is not supported by local government,” Mr Beresford-Wylie said.

The complexities of affordable housing shortages on a national and even global scale has prompted government bodies in other jurisdictions across Australia to brainstorm and implement their own ideas to help alleviate the problem, while setting a benchmark for other governments to follow.

One of the most vocal of these bodies is South Australia’s Housing SA, a division of the state’s Department for Communities and Social Inclusion that delivers a range of affordable housing services on behalf of the state government and the South Australian Housing Trust.

Commenting on Mr Beresford-Wylie’s address to the Roundtable about state and territory government impositions of fees and charges, Housing SA’s executive director Phil Fagan-Schmidt says it “isn’t necessary to point fingers at each other”.

Mr Fagan-Schmidt gives a more sobering perspective on the matter, saying that “clearly there will be some circumstances in some council areas that have contributed to problems, but we certainly would not point a finger specifically at local government”. He told Government News that local government is a contributor and “it’s in there with all of us in the mix”.

While acknowledging the problem of affordable housing shortages as a “melting pot” issue where every tier of government is involved, Mr Fagan-Schmidt has been keen to outline some of the programs that the South Australian government has been undertaking in order to help ease the problem.

He offers pointers for public sector organisations to follow that have been included in the South Australian government’s campaign to increase the amount of affordable housing and make it accessible to more people on lower incomes. These include the way land is released to ensure there is efficient land supply (if it’s “too tight”, prices go up and affordability and supply goes down); better planning because if it’s too slow or too constrained, responsive supply is limited and it prevents the construction of a wide variety of housing that is required to meet a range of needs.

Mr Fagan-Schmidt says that South Australia has been attempting to bring in a “diversity of built forms” so that all developments have “modest, small” properties as well as “larger family, exclusive housing” so that there isn’t just “one variety”.

Aside from that, South Australian industry groups including the Urban Development Institute SA Branch and the Property Council SA Branch have undertaken up to four international study tour groups including personnel from government and the private sector to look beyond the state’s backyard and take inspiration from other examples of best practice across the world.

Mr Fagan-Schmidt says the government’s interest in creating urban renewal authorities for these matters are attempts to bring a greater focus on supply, partnerships and affordability. He also praises the efforts by the Australian government’s business entity that supplies housing and related services to Australian Defence Force members and their families Defence Housing Australia (DHA) because of its policy of selling a portion of its portfolio to the market, thus creating housing that’s relatively affordable for low income earners.

He says DHA’s plan is a “clever model” that brings together private investors, the development arm, long term guaranteed yield, and long term management arrangements. However Mr Fagan-Schmidt cautions that because housing is ultimately produced in Australia by the private sector, governments cannot solve the affordability problem alone.

“They can be partners and work with the private sector and some community housing providers to solve it; there’s planning and finance – a whole set of ways that we can create more housing supply and more affordable housing supply,” Mr Fagan-Schmidt says.

He says nearly all of those solutions will involve a combination of government/private finance/private development in some sort of partnership, understanding each other’s perspective, honing in on things down so that supply and affordability can be achieved through clever packaging.