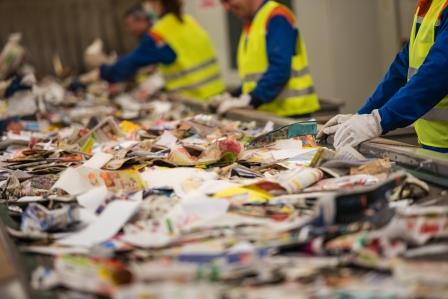 Australia’s recycling industry is “in crisis” and its future in “grave danger” following years of policy failures across all levels of government, according to a Senate inquiry into the waste and recycling industry.

The public’s increasing efforts to recycle have not been matched by comprehensive waste management policies or a sustainable domestic recycling industry, the Senate committee on environment and communications has found.

While the Commonwealth and states developed a comprehensive National Waste Policy in 2009 there has been “little action” by governments to implement the policy’s 16 key strategies, the inquiry found.

Since January, when China clamped down on the Australian waste it would accept, local government and waste and recycling peak bodies have been warning of a mounting “recycling crisis” that threatens to derail councils’ kerbside collections in some states.

The committee’s report, released last week, calls for the “urgent implementation” of the policy as well as a national container deposit scheme and mandatory product stewardship schemes for tyres, mattresses and e-waste.

It recommends the Commonwealth set mandatory targets for all government departments around the purchasing of recycle content, while the state and local governments should pursue “sustainable procurement policies.”

“The Australian Government’s role as the largest office employer in the country, and its funding of large-scale infrastructure projects, provides it with considerable influence in relation to the procurement of recycled content materials,” the report said.

This includes government procurement of paper and other office equipment, hospitality and cleaning contracts, and civil engineering, it said.

“The committee also notes that state and territory, and local governments are able to provide a significant domestic market for recycled material.”

Such moves would help Australia move to a “circular economy” that prioritises the collection, recovery and re-use of products.

“Circular economies achieve much better social, environmental and economic outcomes than linear economics and it is clear that Australia’s failure to invest in the development of such an economic model is a significant policy error,” the report states.

The transition to a circular economy would require a suite of regulatory and policy changes aimed at influencing behaviour, as well as investments in infrastructure and technology, the committee said.

The committee said it noted the commitment in April of Australia’s environment ministers to update the National Waste Policy to include circular economy principles.

At that meeting, federal and state governments agreed to boost onshore recycling capability and increase the demand for recyclable products in government procurement and purchasing.

The Waste Management Association of Australia, which has been calling for governments to transition Australia to a circular economy, said the findings “firmly backs” the position of the waste industry.

The association said it especially welcomed the report’s focus on the circular economy and on sustainable procurement.

“Long before China’s National Sword policy made this an economic challenge for Australia, our industry has been saying to government that we need to rethink the way we use recycled commodities in this country and create an industry for those commodities,” said Gayle Sloan, CEO of the WMAA.

Minister for the Environment and Energy Josh Frydenberg said the Commonwealth would consider the committee’s recommendations as part of the review of the National Waste Policy, currently underway.

“Federal, state and territory environment ministers agreed earlier this year to advocate, where appropriate, to increase the recyclable materials in goods purchased by governments, such as paper, road base and construction materials,” Mr Frydenberg said.

“All states and territories, other than Tasmania and Victoria, have implemented or moved to implement container deposit schemes, with Tasmania considering whether to also get on board,” he said.

David O’Loughlin, president of the Australian Local Government Association, said the report’s recommendations relating to local government were “consistent with our thinking.”

He said ALGA is considering the development of principles to encourage greater use of recycled content in materials purchased under local government procurement contracts.

“Hume City Council recently used an asphalt product that contains soft plastics in its mix and I challenged other councils at the National General Assembly to follow suit and consider sending a signal to the market that from 2020 they will only purchase asphalt that includes recycled materials.”

Community education by councils on good waste management practices has been ongoing for some time and local governments would support a nationally consistent approach to expand programs, he said.