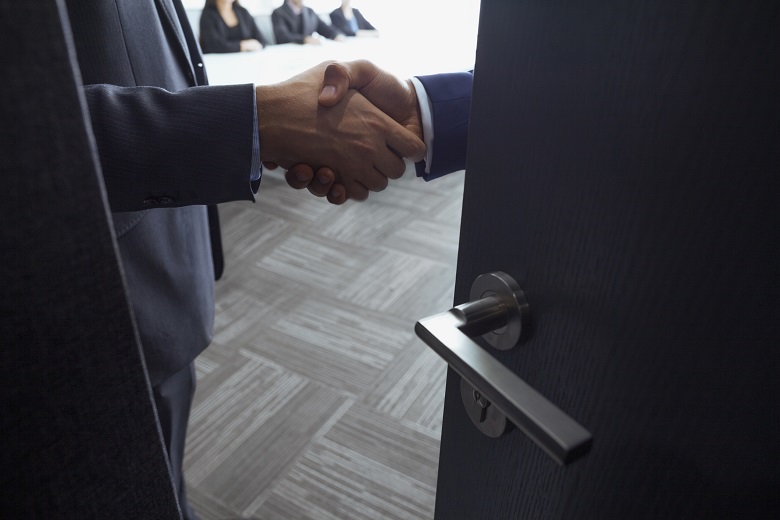 Eighty per cent of Australians want so see a federal anti-corruption body.

Perceptions of Australia as one of the world’s least corrupt nations have fallen over the last eight years, according to a global index.

Transparency International’s Corruption Perception Index for 2019 ranks Australia equal 12th in the world in terms of countries considered least corrupt, alongside Austria, Canada and the UK.

The report gives each country a score for perceived public sector corruption according to experts and business people, with the average being 43. A score of  100 indicates “very clean” and zero is “highly corrupt”.

Australia earned a score of 77.

Denmark and NZ tied for the top spot on the ladder with a score of 87 while Somalia sat on the bottom rung with just nine points.

However Australia is among 21 countries with a significantly decreased score, the report says, dropping eight points since 2012 when it scored 85.

“Unfair and opaque political financing and undue influence in decision making and lobbying by powerful interest groups” in some democracies including Australia, may have resulted in the increased perception of corruption, Transparency International says. 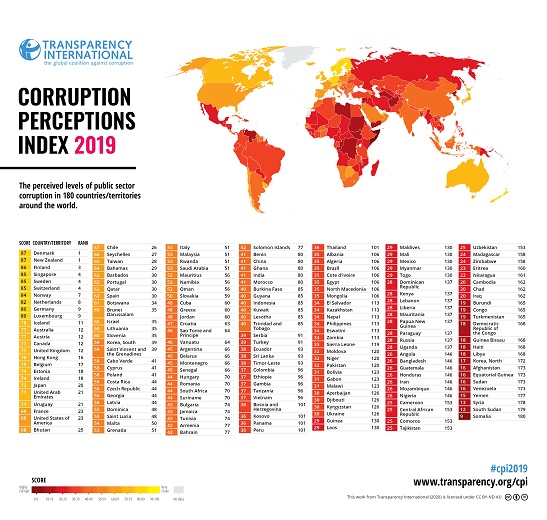 Misconduct in the WA public sector

It comes as two recent reports highlighted ongoing issues in relation to misconduct and corruption in Australia’s public sector.

An overview of serious misconduct in the public sector by the West Australian Corruption and Crime Commission found there were 142 allegations of assault, 140 allegations of misuse of position and 110 allegations of unlawful computer use in the state in the second quarter of 2019-20.

There were also 79 allegations of corrupt conduct and 44 alleged breaches of the code of conduct in the three-months from October to December last year.

Together, allegations of physical assault or excessive use of force, and use of position for benefit or detriment, made up 37 per cent of all complaints.

All up, there were 762 complaints about the public sector (excluding WA police), including 120 relating to local government and 110 against WA Health.

Almost a third of all complaints against local government (27 per cent) related to misuse of position. 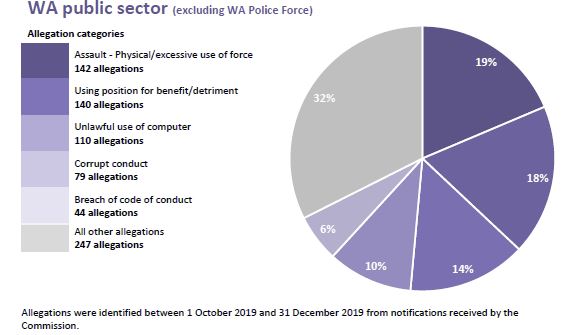 In NSW, an Ombudsman’s report  handed down in December showed that whistleblowers made a record 1,538 reports of wrongdoing by public officials or organisations in 2018-19.

The report shows corrupt conduct was the most serious allegation in 83 per cent of the reports made government departments, local councils, Aboriginal Land Councils, universities and other NSW public sector bodies.

Those figures represented a 30 per cent increase from last year. However, Ombudsman Michael Barnes said this could be a reflection that whistleblowers are feeling more confident to come forward.

“Possible reasons for this increase include that public officials may be more willing to report wrongdoing or public authorities are improving at identifying reports as public disclosures,” he said.

Meanwhile a poll from Essential Research released on Thursday found increasing support for the establishment of an independent federal corruption body.

Eighty per cent of respondents said they supported or strongly supported a federal ICAC to monitor politicians and public servants, up from 75 per cent last December.

However the figure was still lower than September 2018 when 82 per cent gave the proposal a thumbs up.

The government announced in December 2018 that it would establish a Commonwealth Integrity Commission (CIC) to stamp out corrupt and criminal behaviour by Commonwealth employees and provided  $104 million in last year’s budget to fund it.

However critics of the proposed new body have described it as a watered down version of a federal anti-corruption commission, saying its powers are too limited.