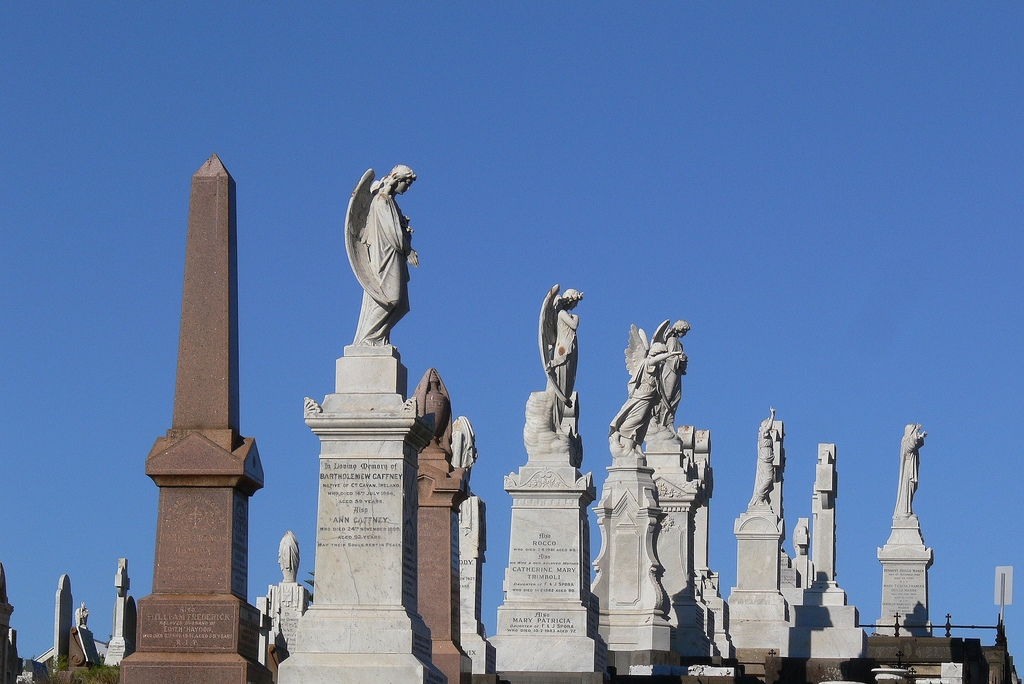 It’s not every day that Australia’s consumer watchdog forces one of Australia’s biggest funeral and cemetery operators to make an “enforceable undertaking.”

But billion dollar death care giant InvoCare Limited has just learned the hard way about how expensive the business of dying can be.

The regulator on Monday said that InvoCare had stumped-up $102,000 for a penalty for “allegedly making a false or misleading representation” concerning changes to standard contracts so they also required consumers to purchase memorials from InvoCare for use at burial sites that had been pre-purchased.

The very public rap over the knuckles is hardly the kind of publicity for the ASX-listed industry heavyweight is looking for, especially after it has pursued a substantial expansion of its operations which includes brands like White Lady, Guardian and Simplicity Funerals as well as literally dozens of smaller local operators it has acquired.

InvoCare also operates 14 cemeteries and crematoria across Australia and is expanding in New Zealand.

The ACCC’s case has again underlined how the operation of cemeteries, once largely a church and council affair, has become a big business which needs to keep growing to attract and reward its shareholders.

According to InvoCare documents for investors, a key part of that growth strategy is getting people to pay up-front for funerals with the company amassing “over $380m in funds under management relating to prepaid contracts” that give it an “asset rich balance sheet” which one recent document put at more than more than $900 million at 31st December 2013.

Part of the ACCC’s worry is clearly that those who had bought InvoCare’s services weren’t getting the real deal in their hour of need.

“The ACCC was particularly concerned about these alleged misrepresentations about the obligation to purchase memorial plaques, as InvoCare was dealing with consumers in circumstances where they were particularly vulnerable” ACCC Deputy Chair Delia Rickard said.

“More generally, it is important that businesses do not represent consumers are required to make an additional purchase when this is not the case under the contractual terms which bind the consumer” Ms Rickard said.

The ACCC said it became aware of potential misconduct after it received complaints from consumers received in late 2013 and early 2014.

The regulator said it raised the concerns with InvoCare, which cooperated with the ACCC and “voluntarily undertook internal investigations, offered compensation to affected customers and has revised its compliance policies and procedures.”

“As part of the court enforceable undertaking InvoCare has provided to the ACCC, it acknowledges that the representations it made to consumers likely contravened the Australian Consumer Law,” the ACCC said.

As part of its undertaking, InvoCare agreed not to require any customer to purchase a memorial, including customers who are parties to existing contracts which contain such a requirement for three years.

“Customers who choose to purchase a bronze plaque memorial may now purchase it from InvoCare or another supplier, subject to pre-approval and payment of a placement fee,” the ACCC said.

“The ACCC welcomes these revisions made by InvoCare to its consumer contracts. They introduce flexibility and lessen the obligations on customers during a stressful period in their lives,” Ms Rickard said.

Meanwhile, InvoCare is chasing returns from what could be dubbed the virtual afterlife market.

As people increasingly grieve and remember their loved ones online and on social media, the ASX-listed company is expanding its range to encompass digital memorial products.

According to investor documents, InvoCare has taken a 34 per cent stake in “HeavenAddress.com” which it describes as “a leading, respectful online memorial solution.”

The digital companion to death, it seems, is a growth market ripe for international expansion.

InvoCare’s investor documents say that HeavenAddress.com “attracts approximately one third of all funeral internet traffic in Australia, NZ and Singapore” and generates “1.2 million customer visits p.a.” and is rolled out in the UK.

Apart from offering visitors a “memory cloud” the online service teams up with cemetery trusts to help those looking for the physical resting place of the departed by providing including an image of a graves site along with a map-pin to identify it.

In late October the Southern Metropolitan Cemetery Trust NSW (SMCT), which operates the Woronora General Cemetery and Crematorium at Sutherland and the Eastern Suburbs Memorial Park in Botany made a “strategic investment in the company.”