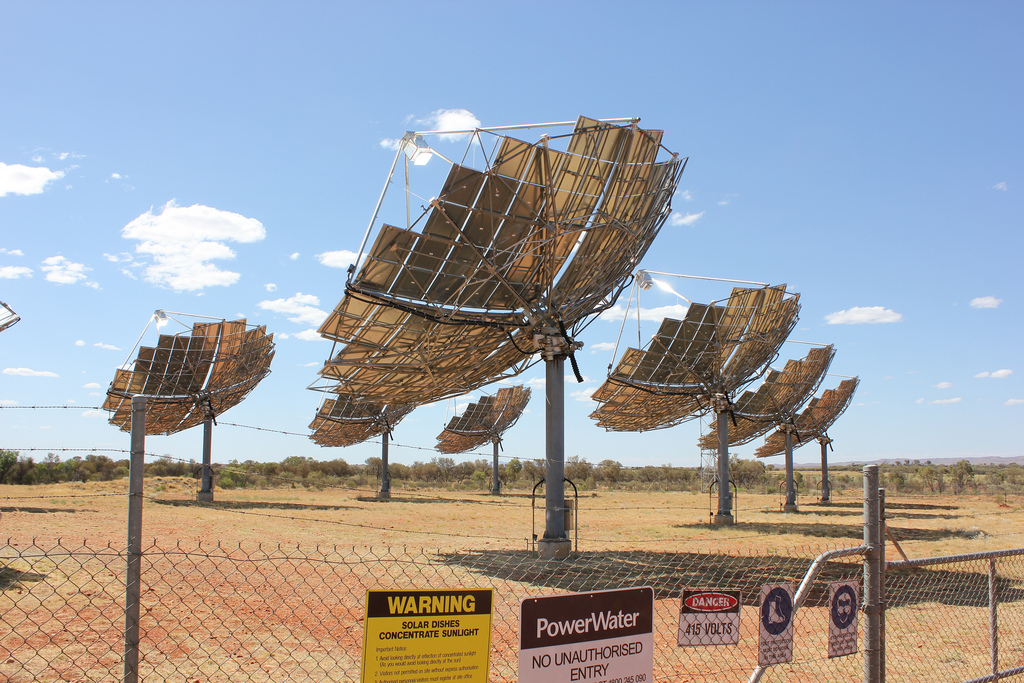 There will be a stampede by local councils towards a big solar panel buy-up as the guillotine hovers over the Renewable Energy Target (RET), predicts a solar industry research company.

Nigel Morris from Solar Business Service said Australian councils had traditionally invested heavily in solar power to cut their electricity costs and show their environmental credentials and the precariousness of the RET could cause a solar power stampede.

“There has definitely been a bit of a solar rush already starting,” Mr Morris said.

“Anyone who’s vaguely interested in solar would be crazy not to be getting in as fast as they can and I suspect councils will definitely be part of it.

Mr Morris said “an enormous number” of councils ran buying groups and provided information for consumers who were interested in solar and councils’ power to influence buying behaviour ran beyond their own budgets.

The Warburton Review, headed by businessman Dick Warburton, recommended last week that the RET be scaled down or scrapped and, although it is not yet know what the Abbott government’s course of action will be.

However it is looking increasingly likely that solar and wind power are about to get more expensive.

The Warburton review recommended that the Large-scale Renewable Energy Target (LRET), which primarily applies to big alternative energy power stations like wind and solar farms, be closed to new entrants or caps introduced to peg renewables to growth in electricity demand.

The review also recommended that the Small-scale Renewable Energy Scheme (SRES), which applies to smaller producers like households and commercial buildings, be either immediately dumped or its phase-out accelerated by a decade from 2030 to 2020.

Another of the recommendations also attacks the size eligibility threshold for rooftop solar photovoltaic (PV) systems, shrinking it from no more than 100 kilowatts to no more than 10 kilowatts, “to ensure the scheme is targeted towards households”, a move that could inflict damage on councils.

The renewables industry estimates that the review’s measures could increase the cost of solar panels for households by as much as 50 per cent.

The review itself says that junking the RET would: “have an immediate effect of reducing the install rates of rooftop PV by at least 30 per cent and solar water heaters by 16 per cent”.

Whichever path the government takes, the grim options on the table will stir up further uncertainty for councils wishing to invest in the renewables sector, a sector which the review itself has noted, “has almost doubled as a result of the scheme”.

The Municipal Association of Victoria president Bill McArthur said he could not say whether individual councils would be spurred to further invest in renewables to beat the review’s recommendations but that there was “a level of concern around investment and jobs”. He knew of one large solar farm in jeopardy in Victoria.

“I think there’s a whole industry built around the RET, particularly in the south west of the state where there’s a number of wind farms,” Mr McArthur said.

“Until we see what’s the final position it’s very hard to predict what sort of impact it will have.”

The effects of the possible repeal of the RET are already being felt in other states.

In ACT, where the state’s Energy Minister Simon Corbell has just opened Royalla, Australia’s largest solar plant and the first connected to the National Electricity Market, bidding is underway in a wind auction for 200MW of wind energy capacity.

“The issue for the ACT is that we rely on a competitive and a diverse market to see a strong range of bids and a strong range of companies to compete against each other for feed-in tariff support,” Mr Corbell said.

“If the ongoing uncertainty with the RET review and the hostility towards renewables which is so clearly apparent within the Warburton report flows through to decisions of some companies to withdraw significantly from Australia, that means less companies willing to bid in the auction.”

The results of the auction will be known on Wednesday (September 10).

The large-scale renewables industry was dealt a blow in May this year when the federal government disbanded the Australian Renewable Energy Agency, which helped co-ordinate large projects like a 62MW solar PV plant in Broken Hill and the 102 MW Nyngan Solar Plant in NSW.