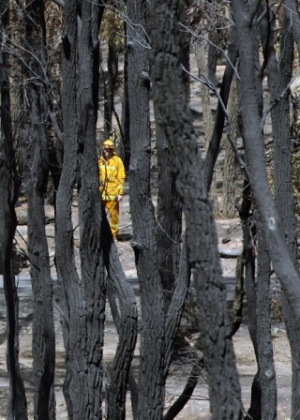 The aftermath of the Victorian bushfires. Image: Getty Images.

Federal and state governments missed several opportunities to install a free early warning system in Victoria prior to the devastating bushfires of February 7, according to a submission to the Victorian State Government’s Royal Commission.

In its submission to the Commission the Australian Early Warning Network (EWN) said the failure to implement a national early warning system before and since the deadly fires was now a ‘national embarrassment’.

"Both were arguably superior to Telstra’s at the time, and they were free, immediately available and even as an interim measure could have been used by authorities on that day with the potential to save lives.

“The offer’s been on the table since 2007, they’ve been aware of it. Someone in the Victorian government had their sight set on the IPND [Integrated Public Number Database] solution. They wanted a system that involved the White Pages.”

EWN provides free emergency alerts through mobile phones, home phones, pagers, automated phone calls, email and SMS. The system is a multi-channel alert system which comes at no cost for emergency services or to members of the public.

Plowright said that the delays in setting up a comprehensive alert system had cost lives on February 7.

“Having something in place is better than having nothing in place. What happened on Black Saturday could have been mitigated substantially by any number of systems being in place.”