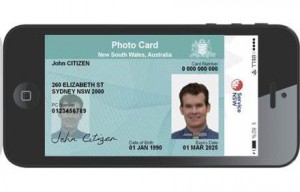 Drivers in New South Wales could soon be able to bin their plastic driver’s licences and a range of other government issued plastic for smartphone-based electronic credentials.

The state’s Minister for Finance and Services, Dominic Perrottet has promised to introduce a full-scale digital licensing scheme if the Mike Baird government is re-elected, making NSW the first state in Australia to make move identity and authority credentials from wallets to handsets.

The pledge presses home the incumbent government’s conspicuous success in pursuing electronic service delivery reforms that have included the delivery of the Opal public transport smartcard, the introduction of swathe of online transactions the replace paper forms and the opening of one-stop-shops that provide services for multiple agencies.

The visible improvement in government services in the first term of the O’Farrell and Baird government’s remains one the Coalition’s key electoral advantages after the previous Labor government struggled badly to make reforms in areas like integrating public transport services exemplified by the decade-long Tcard debacle.

Mr Perrottet said a relected government would task its Digital Council, which is chaired by the Customer Service Commissioner Mike Pratt, to develop a roadmap for taking all licences digital.

“Customers are doing more and more transactions on their smartphones. From cafes to banks, businesses are offering customers the opportunity to access their services, loyalty programs and payment systems through smartphone apps,” Mr Perrottet said.

“While the private sector has shifted to digital, the NSW Government must do the same.”

However the move is about a lot more than convenience.

The NSW government estimates it issues more than 2.8 million plastic cards every year generating costs of “tens of millions of dollars in printing” according to the Finance and Services Minister.

“There are currently over 123 different licence types,” Mr Perrottet said.

“We will target digital formats for a range of common licences, including NSW photo cards, boat and fishing licences, and eventually drivers’ licences. Over time, this means that citizens will not need to carry around multiple licences in their wallets.”

The government is also emphasising that the digital licensing switch has the backing of the state’s police, which need to check state issued authorisations that range across from drivers licenses and gun licenses to proof of age identity cards needed for young people to get into pubs.

“The Police Commissioner is a strong supporter of this reform, and he will be consulted closely during the implementation of this exciting initiative,” Mr Perrottet said, adding that jurisdictions in the United States including Iowa and Delaware in the US have already announced their switch to digital drivers’ licences.

But the bold move to a digital license format is certain to have implications for other states and private industry stakeholders including banks and telecommunications companies that require people to front their identity documents before selling services.

One issue for police in other states is that if and when the NSW scheme becomes a reality, they will have to check the digital licenses when pulling over interstate drivers from the state. That could produce some interesting scenarios in the event a target driver’s smartphone has a flat battery.

On the flipside, the leadership shown by NSW could provide other states with savings and learning dividends in the event the state shares its smarts and standards with other jurisdictions – a move that has already garnered support on other fronts such as using opening procurement panels to local and federal buyers as well as agencies in other states.

“Other jurisdictions such as Iowa and Delaware in the US have already announced a move to digital drivers’ licences,” he said. “I look forward to working with the Digital Council to ensure that security, privacy and regulatory issues are worked through.”

“The Police Commissioner is a strong supporter of this reform, and he will be consulted closely during the implementation of this exciting initiative.”

The Digital Council will include a range of experts from across government (including Police, Roads and Maritime Services, Office of Finance and Services and Service NSW) and will also seek input from leading digital practitioners in the corporate sector.

It is understood that, election result permitting, the new Digital Council will be consulting with other states over the rollout.

Mr Perrottet said the Digital Council would include a range of experts from across government — including Police, Roads and Maritime Services, Office of Finance and Services and Service NSW – and also seek input from leading digital practitioners in the corporate sector.