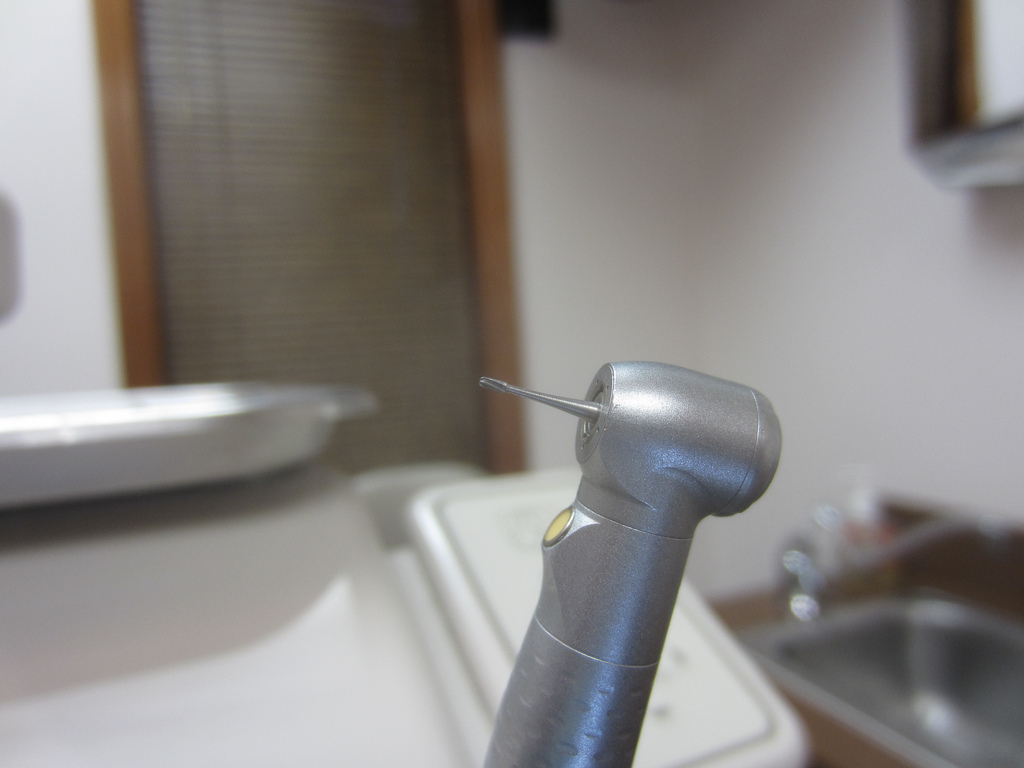 In the 1930s, American scientists and public health researchers made a simple, but profoundly important discovery. People living in towns with around one part per million of fluoride found naturally in their drinking water had much less tooth decay that people whose drinking water contained lower levels of fluoride.

All water supplies contain fluoride, but the levels can vary significantly. At the time, tooth decay in Western countries was a greater public health problem than today, and most people wore false teeth from early adulthood.

After extensive research, a trial of artificial community water fluoridation began in Grand Rapids, Michigan in 1945. The massive decay rates of the time plummeted, and trials in other parts of America and Canada soon followed. Over the next few decades, water fluoridation became widely accepted throughout the USA, Canada, New Zealand, Singapore, Malaysia, Hong Kong, Brazil and many other countries around the world.

In Australia, the first fluoridated towns were Beaconsfield in Tasmania (site of the 2006 mine collapse) in 1953 and Yass in New South Wales in 1956. Most Australian states and territories quickly recognized the huge health, financial and social benefits of water fluoridation, and legislation ensured that most towns and cities were fluoridated by the 1960s and 70s.

The exception was in Queensland, where the Fluoridation of Public Water Supplies Act 1963 considered fluoridation to be a water treatment issue rather than a health issue. Responsibility for fluoridation decision making was placed solely in the hands of local councils.

By 2008, the only Queensland towns fluoridating their water supplies were Townsville, Moranbah, Mareeba and Dalby. This represented less than 5 per cent of Queenslanders, compared with around 80-90 per cent of Australians in other states and territories.

Decades without widespread water fluoridation had a dramatic effect on dental health in Queensland. Australian Child Dental Health Surveys have been conducted every year or two since the 1980s. Invariably they show Queensland children experiencing more tooth decay than children from other states. However, this underestimates the positive effect of water fluoridation, since not all children from other states drink fluoridated water, and many Queensland children will have come from interstate, and will have grown up drinking fluoridated water.

To address this issue, the 2002 Australian Child Dental Health Survey examined more than 136,000 children across Australia, and specifically recorded whether they drank fluoridated water or not.

The Survey found that no matter which state or territory children came from, what age group they were, whether they were rich or poor or in between, whether they lived in the capital city or regionally or remotely, children who drank fluoridated water had much less tooth decay than children who didn’t.

These findings were confirmed by a major 2012 review paper which analysed all studies published worldwide from 1990-2010, in any language, examining the effects of water fluoridation.

The authors found 59 studies from 10 countries, including thirteen from Australia.
Without exception, every one of these studies showed a significant reduction in tooth decay, with most showing reductions of around 25-50 per cent.

It is important to note that measured reductions in tooth decay experience may actually underestimate the effect of water fluoridation. Fillings have a limited life span, and are regularly replaced or repaired.

Preventing one permanent tooth cavity in a child may prevent not just one cavity, but a whole lifetime of treatment on that tooth, with each successive treatment becoming larger, more complex and more expensive.

Inexplicably the current Queensland Government amended this legislation in 2012 and once again placed responsibility for fluoridation decision making in the hands of local councils.

Many councils, including those from major regional centres such as Cairns, Rockhampton, Bundaberg, Maryborough, Hervey Bay and Mount Isa, opted out of fluoridation. Some buckled under the pressure of scaremongering claims from anti-fluoride lobby groups, and others refused to pay the ongoing costs.

The Australian Dental Association recognizes the right of State Governments to legislate as they see fit, but the public health of Queenslanders was clearly not considered in the passing of the amendments, and no health authorities were consulted during the legislative process.

Communities and their elected representatives should always be involved in a consultation process whenever water fluoridation or any other important measures are planned, but the greatest public health and scientific expertise lies at State and Federal levels of government.

Responsibility for decision making on water fluoridation and other complex public health matters should therefore also rest at these levels. Public health policy in Australia must be driven by proven science and the best interests of Australians, not misinformation and conspiracy theory web sites.

The current National Oral Health Plan urges fluoridation of water supplies in all towns with populations over 1,000, and was signed by all federal, state and territory Health Ministers in 2004.

Failure to take action on a serious public health problem when a safe, cheap and proven preventive measure is available is inexcusable.

Many northern NSW councils have yet to fluoridate their water supplies, and in widely publicised moves, Lismore City Council recently voted against its introduction, then rescinded that motion.

Children in northern NSW are reported to have more than double the number cavities of children in other parts of the state, and NSW Health confirmed that they were almost twice as likely to be hospitalised for dental extractions.

Directly or indirectly, we all pay dearly for the level of dental disease in our communities, and it is in all our interests to reduce health, financial and social costs of that disease.

By the age of 8, this rises to more than two thirds. Tooth decay is often painful, and its treatment is difficult, distressing and expensive. Prevention is better than a cure.

Anti-fluoride lobby groups clutch at every possible straw in their attempts to deprive Australians of water fluoridation, but their arguments are invariably based on ignorance and the fear factor. Most are centred on what they claim are health and ethical concerns.

The evidence is in

Systematic reviews from Australia’s National Health and Medical Research Council and health authorities around the world consistently find that water fluoridation does not cause harmful health effects.

In 2001, the World Health Organization described water fluoridation as “…the most effective public health measure for the prevention of dental decay”, later declaring that “universal access to fluoride for dental health is a part of the basic human right to health”.

The US-based Centers for Disease Control has ranked water fluoridation alongside control of infectious diseases and the decline in deaths from heart disease and strokes as one of the ten great public health achievements of the 20th century.

Endorsement of water fluoridation from dentists, doctors and other health professional groups is based on a strong commitment to ethical practice and a rigorous scientific peer review process.

Decisions and recommendations are made in the interests of patients and the community.

And support for water fluoridation within Australia is not limited to major health authorities. After a detailed analysis of water fluoridation in 2007, the independent and highly respected Choice magazine concluded that “There’s now solid scientific evidence that fluoride added to drinking water helps to protect your teeth from decay”.

Choice pointedly added that “The claims of those who oppose fluoridation are often based on out-dated information, questionable research and selectively picking studies that support their case”. What about the shrill accusations that water fluoridation is unethical, and a “mass medication”?
Emotive words indeed, and they raise the unpleasant spectacle of Big Brother. But fluoride is a substance already found naturally in water, plants, rocks, soil and food.

No governments, legal systems or health authorities anywhere in Australia have ever described water fluoridation as a medication or drug. In 2006, the National Health and Medical Research Council, the Department of Health and Ageing, and the New Zealand Ministry of Health specifically described fluoride as a nutrient, adding that “Because of its role in the prevention of dental caries (tooth decay), fluoride has been classified as essential to human health”.

All decisions at all levels of government will be opposed by some, but governments have a responsibility to make decisions for the greater public good. Examples in public health include mandatory seat belts in cars, smoking restrictions, blood alcohol laws, the chlorination of drinking water to prevent water-borne illnesses and the mandatory addition of folic acid, thiamine and iodized salt to all bread products in Australia to prevent spina bifida, nerve damage, goitre and the mental retardation associated with iodine deficiency.

Are these “mass medication” or unethical breaches of liberty? Of course not. Our communities expect governments to make such decisions, and readily accept these and water fluoridation as simple, sensible, and highly effective public health measures.

Water fluoridation can be a difficult political issue. Those working in federal, state, and local governments know well the passion and the fury of the anti-fluoride lobby. The large majority of letters, e-mails and phone calls to elected representatives are opposed to water fluoridation, but most come from other towns and other states, even other countries!

On-line polls and voluntary referendums and mail-outs attract the vehemently opposed rather than the silent majority who wonder what all the fuss is about. Despite these setbacks, reputable public opinion surveys consistently show that a high proportion of Australians recognize the benefits of water fluoridation and want their drinking water to be fluoridated.

The minority who disagree still have the options of drinking tank water, filtered water or bottled water, but they cannot be allowed to deprive the majority of Australians of a proven health measure.

In his 1956 Pulitzer Prize winning book Profiles in Courage, the future US President John F. Kennedy acknowledged the “…pressure groups and letter writers (who) represent only a small percentage of the voters” and cautioned that their views cannot be ignored.

But after weighing up competing views, Kennedy concluded by reserving his highest praise for public officials who could rise above competing interests – those willing to compromise on issues, but not on principles. Few principles are more important than public health.

Dr Karin Alexander is the Federal President of the Australian Dental Association Inc.