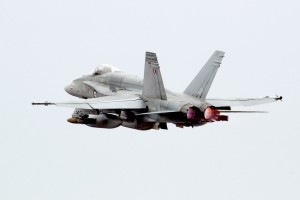 Civilian staff at the massive Department of Defence have voted overwhelmingly to take industrial action over deadlocked enterprise bargaining negotiations.

In another major headache for the Abbott government’s ‘get tough’ industrial relations regime for the Australian Public Service, a protected action ballot of Community and Public Sector Union (CPSU) members at Defence has returned a thumping vote of 93 per cent in favour of instituting work bans and stoppages.

The big vote of no confidence in the government’s present low-ball offer to thousands of staff at Russell and defence offices around the nation comes as Australia once again prepares to increase its operational activities in the Middle East.

Defence is one of the most symbolically important departments in the escalating row over the next public service agreement on pay and conditions which has already burned for a year, not least because of the inherent political pitfalls that would flow from the Abbot government criticising the very it has staff charged with safeguarding and supporting Australian troops on operations.

As one of the most individually powerful departments in Canberra, Defence’s senior management also has more practical latitude to push back and temper some of the government’s more boisterous attempts at cost cutting, such as the institution of pay parking in and around Defence headquarters.

That $12-a-day raid on the wallets of staff at Canberra headquarters was so bitterly opposed by workers at Russell that it was effectively thrown back to its originators when Defence Department agreed to foot the bill the so-called ‘go-to-work’ tax imposed on its staff.

The Community and Public Sector Union on Thursday wasted little time highlighting Defence leadership ambivalence over the way parts of the government’s hard industrial line is being run.

“[Uniformed Australian Defence Force] personnel and their civilian colleagues work side by side in workplaces across Australia and are united against cuts to working conditions. The Defence Secretary himself has warned against creating a gap between the pay for civilian and uniformed personnel,” said CPSU National Secretary Nadine Flood.

Uniformed personnel, who have no industrial or bargaining rights, had been offered a similarly low ball pay and conditions deal that stripped out some leave days, but furore amongst defence support groups, within defence families and in the Senate ultimately prompted a backflip by the Prime Minister himself.

Ms Flood said the deal for uniformed personnel was “far from generous but it’s a mile ahead of the attack on the rights and real wages on offer for civilian staff.

“Defence staff will not tolerate a cut in conditions, the loss of two days leave, plus working an extra 3.5 days a year in return for a wage cut,” she said.

Like other agencies, Defence staff have little to lose by holding out for a better pay deal and taking industrial action because most of the government’s 16,500 job cuts will come before any agreement is ultimately reached, thereby removing any tangible threat of jobs being lost unless there is a compromise in pay.

“Defence workers don’t take industrial action lightly but they have been pushed to this point by a belligerent government that has cut 11,000 APS jobs – including thousands in Defence – and is now intent on attacking workplace rights and conditions.”

The CPSU said industrial action would encompass “a range of work bans, the reading of statements to the public and contractors as well as stoppages of up to 24 hours” and flagged it expected action to start commence in May.