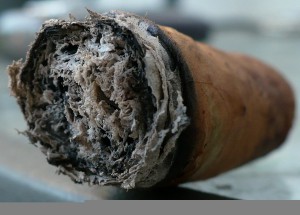 The Australian Local Government Association (ALGA) is begging Joe Hockey to ease the pressure on local councils and halt the freeze on Financial Assistance Grants (FAGs) in a letter to the Treasurer ahead of his 2015-2016 federal budget.

The grants, which are an important non ring-fenced source of finance for local government, were frozen until 2016-2017 in last year’s May budget, equating to a reduction in real terms by more than $300 million a year.

ALGA said dismantling the freeze was its top priority, adding that the non-index linked grants would hit councils in rural and regional areas the hardest because of their relative small rate revenue base and their consequent reliance on FAGs.

ALGA President Troy Pickard said was hopeful the Treasurer will listen to the concerns of local government and that adequate grants were “absolutely critical” to equalising services and infrastructure across the country.

“The decision to freeze indexation for three years will cost councils an estimated $925 million in FAGs by 2017-18,” Mr Pickard said.

“The untied funds are used for facilities as diverse as roads, bridges, parks, pools and halls as well as providing services to the young, the elderly and local community and sporting groups.

“FAGs funding is not keeping pace with demand for local services and infrastructure, and the freeze will worsen this.”

The Association’s budget submission said that failure to wind back the grant freeze would impact most on vulnerable and grant-dependent councils and their communities and undermine future service delivery.

“it’s an increasing rate of decline just because of the sheer growth of the national economy,” Mr Pickard said.

“Local government faces challenges with the growth in the economy because of the growth in demand for local services without a corresponding lift in the allocation of FAGs.”

ALGA also wants to rejig the methodology used to calculate the grants because it argues that using the Consumer Price Index does not accurately reflect council’s rising service delivery and infrastructure costs because it omits factors such as real wage growth and the introduction of GST.

Cost shifting – mostly from state to local government – is also firmly in ALGA’s crosshairs. The Association says cost shifting increases the pressure on councils by an estimated $1.1 billion every year and it wants a new intergovernmental agreement to prevent it happening.

“Other levels of government continue, whether directly or indirectly, to assign additional responsibilities to councils,” continues the submission.

“These include emergency and disaster management, environmental programs, community education, business development, management of certain land and the transfer of roads.”

“There is little scope left to local government to increase own-source revenue in order to meet the additional costs that come with responsibility shifting.”

In other sections of its budget submission, ALGA has also asked for the funding for the federal Roads to Recovery program and the bridges renewal program to be permanently doubled, as well as a $100 million Strategic Roads Program to be set up.

A 2010 ALGA study into local road funding estimated that the shortfall in funding to just maintain, not improve, Australia’s local roads between 2010 and 2025 stood at around $1.2 billion.

“The local road system, the capillaries of our communities, is breaking down,” said ALGA.

Additional funding to help councils cope with natural disasters was another focus of the Association’s submission to “improve the resilience of local communities and reduce the escalating relief and recovery costs of disaster events and to help councils to plan for adapting to the impacts of climate change”.

ALGA wants $40 million over four years to support councils to assess their vulnerability to climate change and develop plans on how to adapt to it and a $200 million per annum targeted disaster mitigation fund to help local communities prepare for natural disasters.