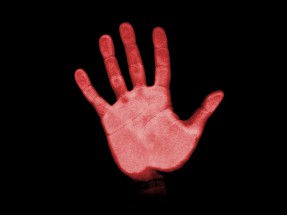 Australia’s top crime and policing information agency, CrimTrac, has tapped the market for one of the biggest technology upgrades in its after releasing a tender next generation biometric identification system that recognises not only fingerprints and palm prints, but also footprints and facial images.

The new system will replace the aging National Automated Fingerprint Identification System (NAFIS) in 2017. The NAFIS provides police agencies around Australia with access to fingerprint data. It contains fingerprint and palm print information on 3.3 million people.

The role of facial recognition in police and security intelligence work has grwon dramatically in recent years thanks to better resolutions and clarity of images captured from digital cameras that in turn allow investigators to sift through potential matches against file photos far more quickly.

The current NAFIS supplier is Morpho, which replaced Japanese vendor NEC in 2003. Morpho is a subsidiary of French multinational aerospace and security company Safran. The current contract with Morpho, which will expire in May 2017, is worth $30 million. Morpho also supplies the FBI and Interpol, and many national and local police forces.

“Modern day threats demand IT capability that can easily assist in greater and faster collection of evidence, which can then be accessed nationwide,” said a statement from the Minister for Justice Michael Keenan, announcing the tender.

“The new system will require capacity to not only integrate with existing law enforcement systems, but advance as our biometric capability expands.”