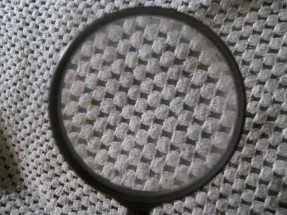 Councils and state government agencies across New South Wales could soon be required to hand over machine readable data to provide a much clearer window into their activities under new laws understood to now be under construction by the Baird government.

It is understood that the state government it putting together legislation that will enable new data gathering powers across agencies and into the state’s local government sector as part of a push to develop a powerful government-wide analytics capability.

The new data capture law is likely to come by the end of the year as a new legislative instrument rather than an amendment to present laws.

The push follows the announcement by NSW Minister for Innovation and Better Regulation, Victor Dominello, of plans to establish a whole-of-government data analytics centre which he claims will be first of its kind in Australia.

But to get that data, most of which is already in machine readable form, it appears that enabling legislation will first need to be created by the state to govern what information must be handed over, and the terms under which it is supplied and used.

The bid to rope in councils, if successful, would give the state government unprecedented visibility over fine grain detail of how councils collect and spend money, a move that could highlight systemic inefficiencies in the massive council procurement market.

Councils could also use it to benchmark the effectiveness, or otherwise, of state government policies.

Meanwhile, the Baird government is continuing to try and badger local governments into controversial and often unpopular mergers to save money. Not all stakeholders are convinced, with peak bodies like developer lobby group Urban Taskforce pointing out that standardising back office council processes into a shared services model could easily achieve big savings.

Last year NSW Finance Minister Dominic Perrottet confirmed the state government was willing to offer councils access to its procurement marketplace for a range of technology and services, a move that could also generate big savings.

Now Mr Dominello is talking-up the potential of being able to get the big picture for policy development with lots of detail.

“Data is one of the greatest assets held by government, but when it’s buried away in bureaucracy it is of little value,” Mr Dominello said earlier this month..

“Whether it’s tackling crime, combatting obesity or addressing housing affordability, we cannot hope to develop solutions to the long-term challenges that our state faces without an effective whole-of-government data sharing platform.

“Data analytics has been used successfully in jurisdictions like New Zealand, New York City and the State of Michigan to improve the lives of citizens through better targeted and more coordinated government service delivery,” he said.