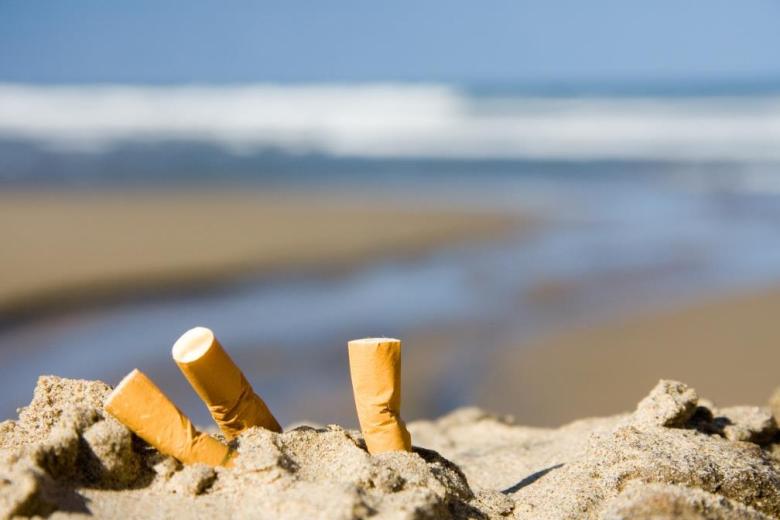 Emerging technologies and partnerships with community groups are among local governments’ strategies to combat litter.

Byron Shire Council always considered cigarette butt littering to be a significant issue on its famous foreshore but a shire-wide survey soon highlighted how extensive the problem really was.

“Council ran little checks every weekend throughout 2016 and found that over 55 per cent of the litter in Apex Park was cigarette butts,” says Kate Akkerman, the council’s waste compliance and education officer.

“But then we did a shire-wide month-long study and found over 80 per cent of the litter in the whole shire is cigarette butts.”

The council has launched a campaign, aided by a $100,000 grant from the EPA, which will see the installation of 100 smart butt bins across the shire that have technology to monitor usage rates and extinguish butts as they’re dropped in.

Under the campaign, the butts will be sent to a special recycling plant where they’ll be turned into park benches, office equipment and building materials.

The Enviropole Butt Bins being adopted have space to carry advertisements, meaning the council can use them to further the EPA’s ‘Don’t be a tosser’ message, Ms Akkerman said.

“Our goal is to work with smokers and help them dispose of their butts properly, so we’ll be making sure the bins are really visible.”

As the council has recently passed a smoking ban on all beaches, it’s essential that smokers going into the foreshore parks are clear on where to correctly dispose of butts, she added.

“We’ll be having four or five big engagement sessions throughout the year to make people aware of this issue and getting everyone to work together for positive results.”

Ongoing monthly litter surveys will be used to monitor and evaluate the campaign, while data from the new butt bins will also inform the council about whether greater education or enforcement blitzes are required, says Ms Akkerman.

When it comes to litter reduction efforts, partnerships between councils and the community, including local businesses, seem to get the best results, according to Val Southam, CEO of Keep Australia Beautiful, a not-for-profit environmental conservation organisation.

“That often involves forming a project team, not rushing in with a perceived solution but looking at all the aspects of why littering is happening, and then working through a plan,” Ms Southam tells Government News.

She says it’s obvious from entries to the tidy towns and sustainable cities awards, which are run by Keep Australia Beautiful, that there is a “multi-pronged approach to making these things work and not just one thing or a quick fix.”

“One council re-engineered butt bins as they realised the openings were too small, and introduced bright visible signs so they stood out. Together with street performers to draw public attention to them and handing out rewards to smokers doing the right thing, they have had great success in reduction of cigarette butt litter,” says Ms Southam.

Similarly, Blacktown City Council says its efforts to reduce takeaway litter on major roads have involved a “holistic approach” including community partnerships and education, with law enforcement as a last resort.

“We’re a fairly large local government area so we want to make sure that we get the message out as widely as we possibly can,” Blacktown Mayor Stephen Bali tells Government News.

The council has worked with major fast food vendors in the area, giving them car deodorisers containing anti-littering messages to pass on to consumers. Garbage bins have been rebadged with enhanced lighting to improve visibility and new road signs draw attention to the issue.

“We hold an event each year when many local groups gather to clean up rubbish along roadways, waterways, parks and reserves… There are also four schools participating by running classroom sessions on littering and their own plans to reduce litter within the schools,” Cr Bali said.

Blacktown Council staff have also been using social media to raise awareness of the issue, he said.

The council has been monitoring street littering and the volume in bins before and after the campaign, which has seen an additional 2,500 litres of waste being picked up, Cr Bali said.

Blacktown Council will be presenting on its campaign at Keep Australia Beautiful’s Litter Congress 2018, which takes place 1-2 August at UTS Sydney.