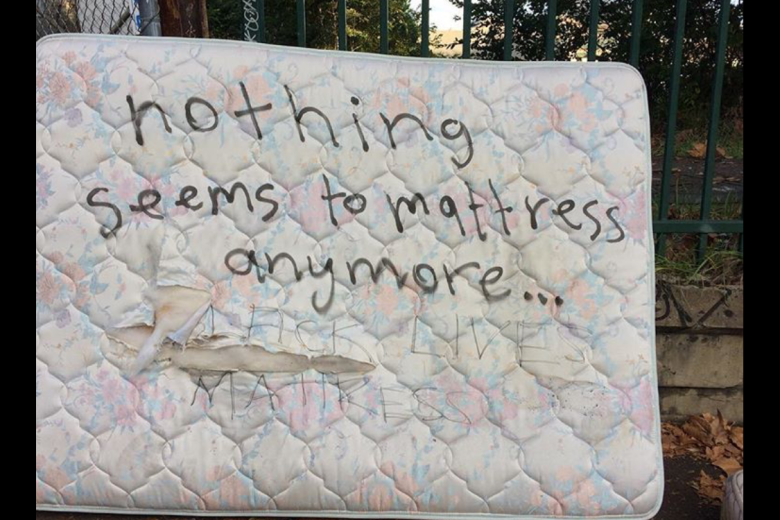 A NSW council was waging a battle against some 25,000 discarded mattresses a year. But now it's found a solution.

A NSW council that has been battling to get rid of some 25,000 discarded mattresses a year has launched a partnership which it hopes will save them from ending up as landfill.

Central Coast Council has contracted national social enterprise Mattress Recycling Australia to recycle mattresses dropped off at its Kincumber Waste Management Facility, with a view to extending the contract across all council sites.

Council believes it will be the largest mattress recycling scheme by local government in the state.

Like many of its counterparts, Council previously shredded dumped mattresses and sent them to landfill, with only the metal springs recovered.

But under the new arrangement 100 per cent of each mattress will be repurposed into products like carpet underlay, wall panels, pet bedding and biofuel.

During the first three months of the Kincumber trial, Council collected and transported 2,240 mattresses which it says amounts to 1,792 cubic metres of saved landfill.

“In the case of mattresses, you get very poor compaction and you utilise a relatively large landfill space for what they are, so that’s number one,” he told Government News.

“The number two reason is there’s a number of valuable resources which are contained in those mattresses which we seek to recover.”

The key outcome for the trial is to see mattresses transported off-site in a timely manner so they don’t pile up into large stockpiles.

“The best outcome is to avoid waste …the next best thing is to recover the resources out of that waste to recycle them,” Mr Pearce said.

“The third best outcome is to turn waste into an energy source, and the last option is the landfill stuff because it’s just burying it in the ground and you’re not getting to reuse those resources.”

Mayor Lisa Matthews said it was vital that Council continued to find new and innovative ways to reduce the amount of waste going to landfill.

“This trial is a great example of how committed we are to resource recovery,” she said.

Recycled mattress can produce several resources. Last year Council recovered about 6,000 tonnes of mattress scrap metal from across its waste facilities which is being used in the manufacturing of railway wheels.

But foam from the mattresses can also be repurposed into carpet underlay, decorative wall panels and pet bedding.

Wood, floc and plastic can be processed into a biofuel and used in things such as cement manufacturing, Mr Pearce says.

The contractor Council is working with, Mattress Recycling Australia, also has a social outcome program providing employment and skills development for people with disabilities.

“If you bury a mattress in the ground it’s gone, it takes one person to drive a landfill compactor, it doesn’t create many jobs,” Mr Pearce said.

“Resource recovery and recycling activities generate employment and, in this case, it’s generating employment for people who may otherwise have difficulty finding employment.”

Although other councils are also using similar services to recycle mattresses, they haven’t implemented it on the scale that Central Coast Council is planning.

“They might have a service where they drive around the streets and pick up a few mattresses here and there,” Mr Pearce said.

Council is investigating the possibility of extending the trial to its Woy Woy Waste Management Facility to determine if the  approach can be rolled out across all its waste management facilities.